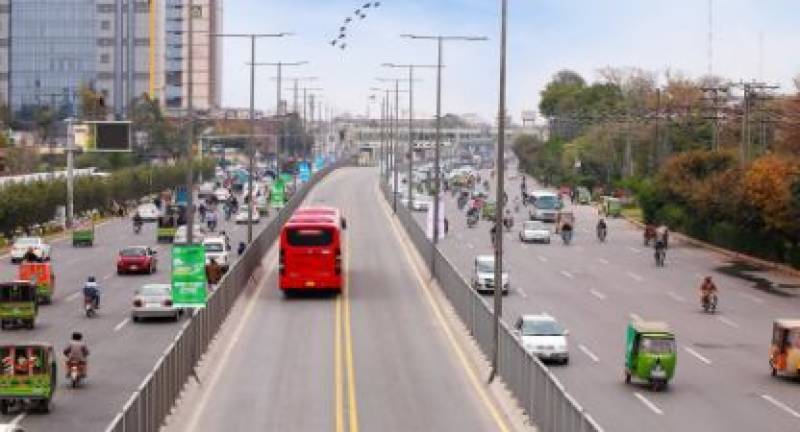 Lahore (Web Desk): The Punjab government has allowed resumption of inter-city and inter-district transport services after a 20% reduction in fares.

According to details, Punjab Chief Minister Usman Buzdar on Saturday headed a meeting to review the overall situation regarding the coronavirus following the ease in lockdown in the province.

The meeting reviewed measures regarding the treatment of patients overall facilities for the health professionals and implementation of Standard Operating Procedures (SOPs) in the markets.

During the meeting, it was decided that the inter-city and inter-district transport would be allowed to resume services after a 20% reduction in fares.

It was also decided to allow online taxi services to operate.

The Punjab CM warned that all services will have to strictly abide by the safety protocols outlined by the government.

All passengers, drivers and bus conductors would wear a mask when stepping out of their homes.

All bus operators will be required to make sanitisers available for passengers and ensure proper distancing between people while seated.

It was also decided that shopping malls and power looms will be reopened and churches will be allowed to hold service on Sunday as long as SOPs are followed.

A day ago, the Punjab government had decided in principle to allow public transport to resume.

Punjab finalised the SOPs in a meeting with the transport association, with the latter's representative agreeing to reduce the fares on the back of a steep decline in petroleum prices.

Meanwhile, partial domestic flight operations restored in the country from five major airports on Saturday to facilitate the passengers.

The decision comes as the number of coronavirus cases continue to soar despite the country has remained under a lockdown nearly one and a half month.

While reiterating that the government was dealing with the crisis on the basis of consensus, the prime minister also appealed to the provinces to reopen public transport.