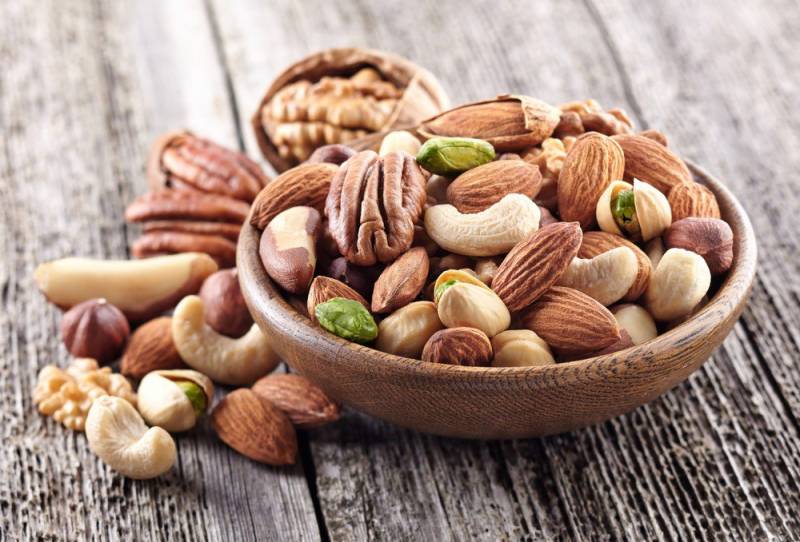 Washington, USA (Web Desk): A recent American study revealed that those who regularly snack on a variety of nuts may face a lower risk of heart disease than people who don't.

Eating five weekly servings of walnuts, peanuts or other kinds of tree nuts was linked to a 14 percent lower risk of cardiovascular disease, and a 20 percent lower risk of fatal complications due to hardened arteries, said the report Monday in the Journal of the American College of Cardiology.

Walnuts appeared to be the healthiest option, according to the findings, based on more than 210,000 people who answered regular surveys as part of a nurses' study that spanned 32 years.

People who ate peanuts two or more times per week had a 13 percent lower risk of heart disease than people who ate none.

Those who ate tree nuts, such as almonds, cashews, chestnuts and pistachios, had a 15 percent lower risk of heart disease.

Lead author Marta Guasch-Ferre, a research fellow at the department of nutrition at Harvard T.H. Chan School of Public Health said, "Our findings support recommendations of increasing the intake of a variety of nuts, as part of healthy dietary patterns, to reduce the risk of chronic disease in the general populations."

Many past studies have examined the role of eating nuts on people´s health.

Researchers said this one stands out due to its size and the way it looked at the association between specific types of nuts and major cardiovascular events.

However, because it was an observational study based on self-reported questionnaire responses, it was unable to prove cause-and-effect.

"Ideally, further investigations should test the effects of long-term consumption of nuts supplemented into the usual diet on hard cardiometabolic events," said an accompanying editorial by Emilio Ros, a doctor at the Hospital Clinic in Barcelona.

"In the meantime, raw nuts, if possible unpeeled and otherwise unprocessed, may be considered as natural health capsules that can be easily incorporated into any heart-protective diet to further cardiovascular well-being and promote healthy aging."