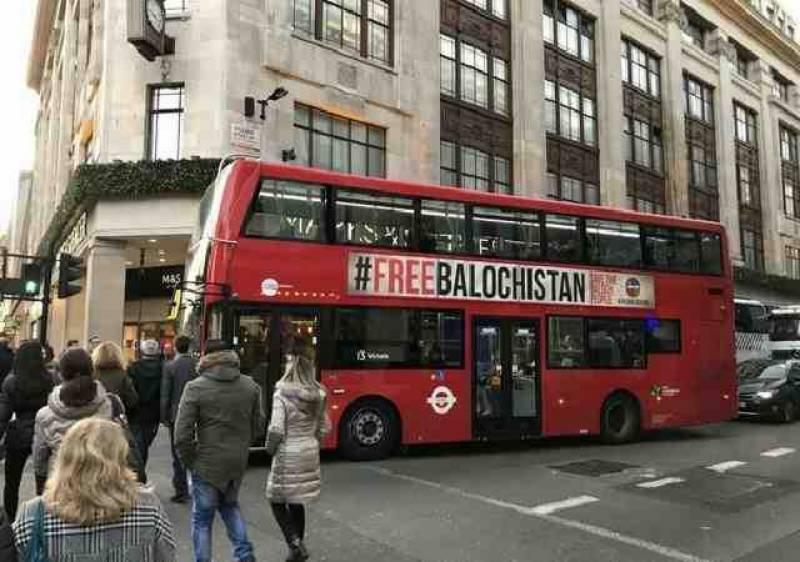 The spokesperson said, this campaign in illegal and investigations have been initiated to make accountable those workers who took part in it and pasted anti-Pakistan posters on transport vehicles.

However, after the protest from Pakistan embassy the posters were removed from 35 buses and the process will continue today.

It is pertinent to mention that the 'Free Balochistan' campaign has found its way to London, with more than a 100 buses flaunting posters about it

Pakistan put pressure on the UK to have the campaign removed from the taxis and buses.