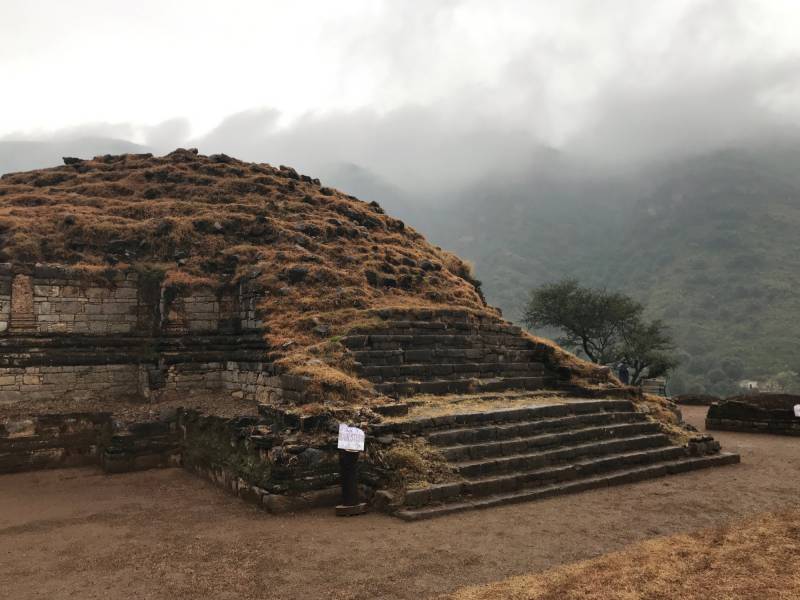 Haripur (Web Desk): Pakistan unveiled the remains of a 1,700-year-old sleeping Buddha image, part of an initiative to encourage tourism and project religious harmony in the troubled region.

A reflection of the diverse history and culture of the country, the ancient Buddhist site in Bhamala, Khyber Pakhtunkhwa (KP) was first discovered in 1929.

“This is from the 3rd century AD, making it the world’s oldest sleeping Buddha remains,” Abdul Samad, director of Bhamala’s archaeology and museums department, told Reuters.

“We have discovered over 500 Buddha objects and this 48-foot-long sleeping Buddha remains,” he added.

'Assets for our country'

“It’s a question of preserving these heritage sites which are an asset for our country,” Khan said.

The region was once the centre of Buddhist civilisation that took root under the Mauryan king Ashoka 2,300 years ago.

Recent attempts to improve Pakistan’s image have included overtures to minority communities by the ruling party, the Pakistan Muslim League-Nawaz.

In January, the then-Prime Minister Nawaz Sharif inaugurated the restoration of Hindu temples at Katas Raj in Punjab.

Khan, whose party rules KP, said on Wednesday that the preservation of sites like Bhamala could promote tourism.

“It’s a world heritage site (and) because of it people can come for religious tourism and see these places,” he said.

Talking about the ongoing protest by religious parties in Islamabad, Khan said, “It’s a very small part of what is happening in Pakistan. The majority of the population wants to see such sites restored”.

The story is originally published in ‘Guardian’.

Sleeping in darkness, a best remedy to lose weight

Spending an hour on Social Media can destroy your sleeping routine