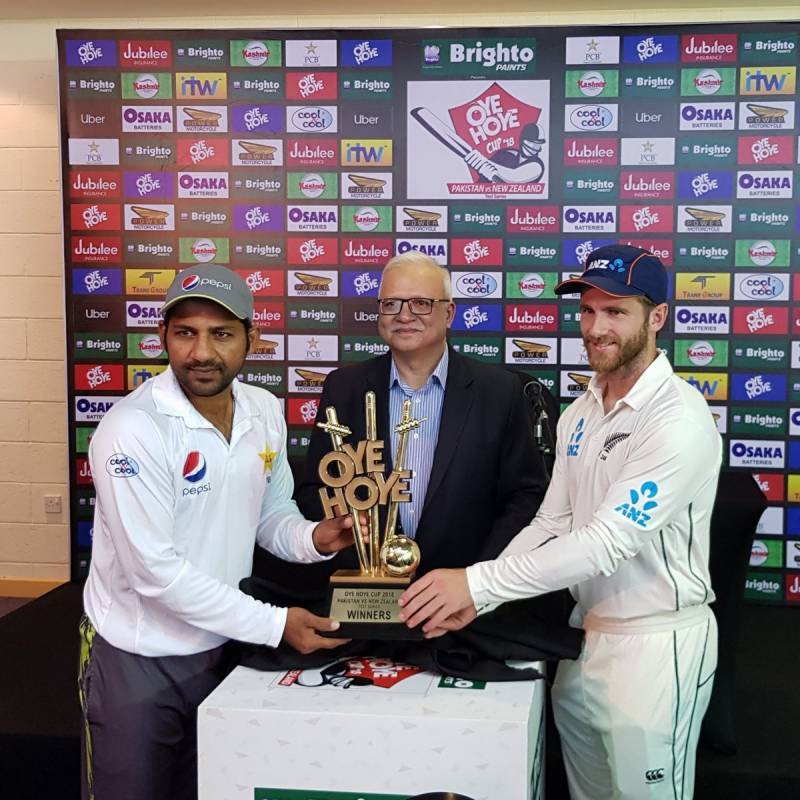 Abu Dhabi (Agencies): New Zealand won the toss and chose to bat against Pakistan in the first of three Test matches at Sheikh Zayed Stadium in Abu Dhabi on Friday.

The green shirts will be looking at spinner Yasir Shah and medium pacer Mohammad Abbas to tame the New Zealand side. Fast-rising Abbas took 17 wickets in a two-match Test series, including a ten-wicket haul at the same venue as Pakistan beat Australia 1-0 last month.

Abbas, who made his debut last year, has 59 wickets from his first 10 Tests and will be backed by the spin duo of Yasir and Bilal Asif.

However, Pakistan have not beaten New Zealand in a Test series since 2011, and skipper Sarfraz Ahmed is not taking them lightly.

Pakistan crushed New Zealand 3-0 in T20s while their one-day series was shared 1-1 after the third match ended in a no result due to rain in Dubai.