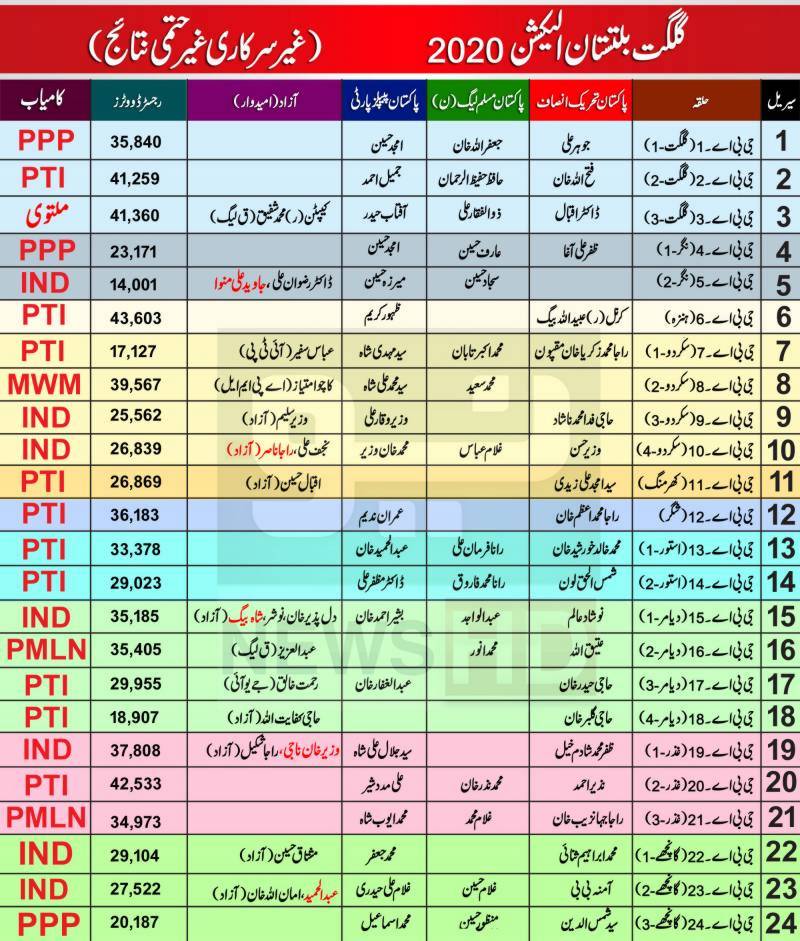 Majlis Wahdatul Muslimeen (MWM), an ally of PTI, has emerged victorious in one seat while Pakistan Muslim League - Nawaz (PML-N) only managed to get two seats.

According to G-B Election Commission’s data, a total of 745,361 people have registered to vote Sunday (today), about 339,992 of whom were women.