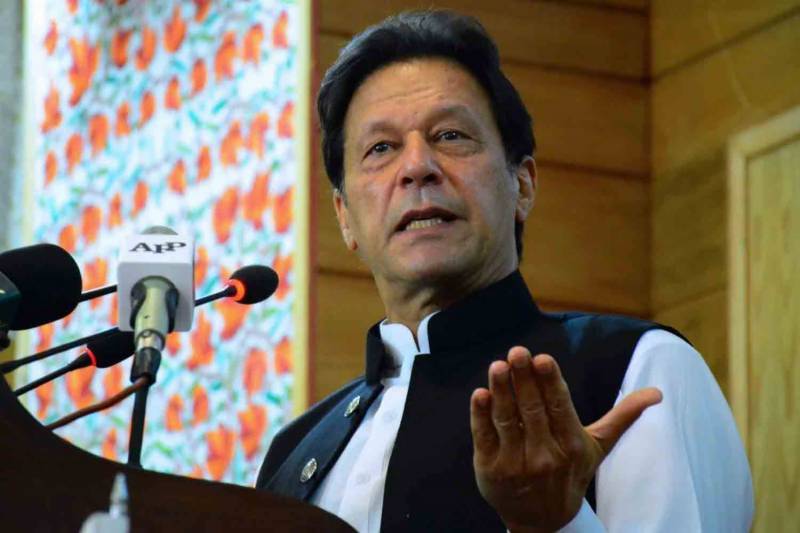 Islamabad (Web Desk): Prime Minister Imran Khan on Tuesday said that he was proud of his government to take initiatives with regard to saving the future of coming generations instead of pursuing the approach of gaining votes in elections.

Addressing the ground-breaking ceremony of 128-kilometer long Lillah-Jhelum dual carriageway in Islamabad, the premier said that Pakistan Tehreek-e-Insaf (PTI)-led government is constructing roads and motorways at lesser cost as compared to the projects completed by the previous governments.

PM Imran said that his government saved around Rs1000 billion by ensuring transparency in the road projects.

“For the first time, three dams are being constructed in the country while 10 dams will be built in next 10 years,” he added.

The prime minister said government is enhancing green areas of the country to mitigate the adverse impact of the climate change.

Imran Khan said there is no doubt that inflation is adversely affecting the entire world, including Pakistan, but the government will leave no stone unturned in protecting people from price hike.

He said a massive relief package will soon be announced to mitigate sufferings of the common people.

Speaking on the occasion, Punjab Chief Minister Sardar Usman Buzdar said Lillah-Jhelum dual carriageway will be completed at a cost of Rs4.64 billion.

He said it will link Grand Trunk (GT) Road to the Motorway and will bring economic development and create jobs in the area.

In his address, Minister for Information and Broadcasting Fawad Chaudhry said transparency is the hallmark of these projects being completed with billions of rupees.

It is pertinent to mention that the dual road will be constructed in thirty months at a cost of Rs16 billion.

The road will establish link among Chakwal, Khoshab, Mandi Bahauddin, Gujrat and Mirpur.