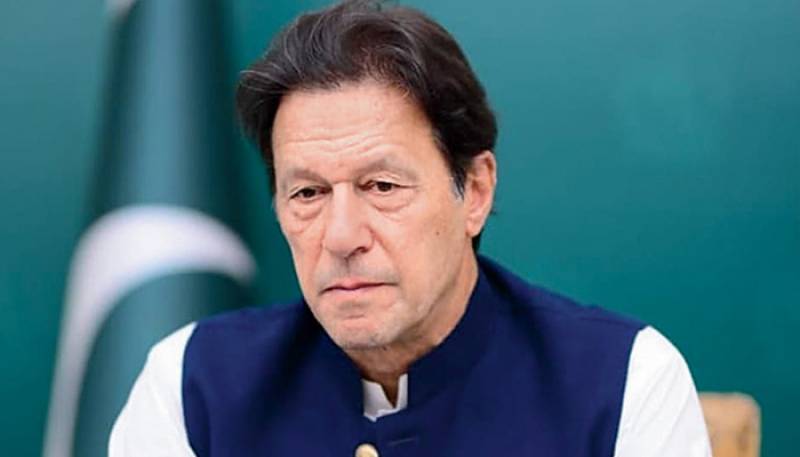 Addressing the participants of long march of the long march in Jhelum, Sargodha, Mardan and other cities via video link from Lahore, the PTI chief said that all the appointments made by the coalition government were taken in the view of personal benefits.

"Hence, I feel that by making changes to the army act, they will harm institutions for their own interest," he said.

"This is a very important time for Pakistan and all its decisions should be taken on merit," the PTI chief sad.

Reiterating his demand for fresh elections, former premier said that the early elations were the only option to prevent the country from an economic crisis.

"People think Pakistan’s economy is sinking and it doesn’t have the strength to pay its debts," Khan said, adding that this was dangerous because people here will lose faith and stop investments leading to inflation and unemployment.

Sharing the reason behind the delay in elections, the PTI chief said said that he knows elections won’t be announced because Nawaz and Zardari were “scared”.

Imran Khan said that during the by-elections, PTI won by a margin of 75% despite attempts of rigging so now they are scared that they will lose.

The PTI chief once again called on the chief justice of Pakistan (CJP) to launch a probe into the Arshad Sharif murder case, Azam Swati custodial torture and the issue of the Wazirabad FIR.

“This is a defining moment for the country and we are requesting you to grant freedom to the country by giving us justice,” he said in a live video address today.

“Our justice system is the only ray of light in this darkness,” the PTI chief said, adding that the nation was looking at the CJP.

Speaking about the Toshakhana saga, the PTI chief accused a private media outlet and Pakistan Muslim League-Nawaz (PML-N) of conspiring together and running a campaign against him, adding that the chief election commissioner (CEC) was also involved in the planning.

“We presented all our records in the Election Commission of Pakistan (ECP) but again and again they launch something against us. They get the Federal Investigation Agency (FIA) to run after us to somehow prove that we did something wrong.

“First they do propaganda, then they say it wasn’t foreign funding but prohibited funding, and then the Toshakhana reference comes out of nowhere,” Imran said.

The PTI chief said that Dubai-based businessman Umar Farooq Zahoor was a “fraud” and his interview was a “propaganda campaign”.

Imran Khan said that the PTI will sue the network and anchor, not only in Pakistan but also in thew United Kingdom (UK) and the United Arab Emirates (UAE).