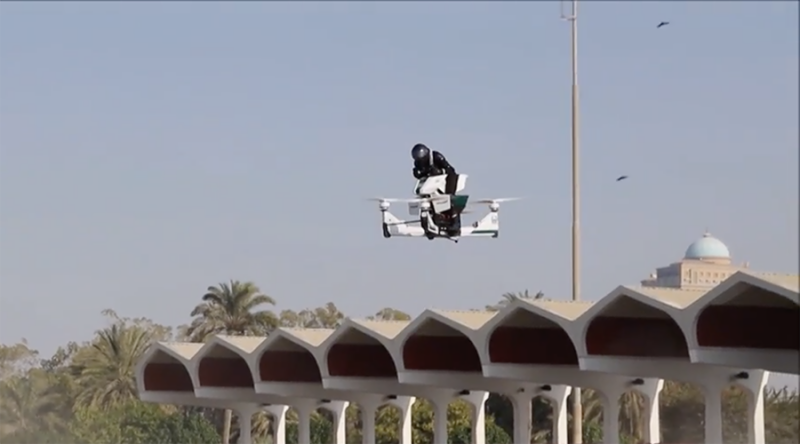 Abu Dhabi (Web Desk): Hats off to Russian creativity for unveiling its latest high-tech crime fighting device: the drone that doubles as a hoverbike!

New version of drone, dubbed as the Hoversurf, is being used by tech-savvy cops in Dubai to keep crime at bay.

The company’s website reported, the Hoversurf was originally designed as an “extreme sports instrument.”

Hoversurf was inspired by heavy-duty sport-utility motorbike frames and the concept was combined with flight qualities providing speed and maneuvering.

The cops in Dubai unleashed their inner Batman as they teamed up with the Russian drone manufacturer, Hoversurf, to fight crime from the skies in the United Arab Emirates (UAE).

The police hope that, in a future update, their Ho is the capability of the device to surf through the air while changing its altitude and direction.