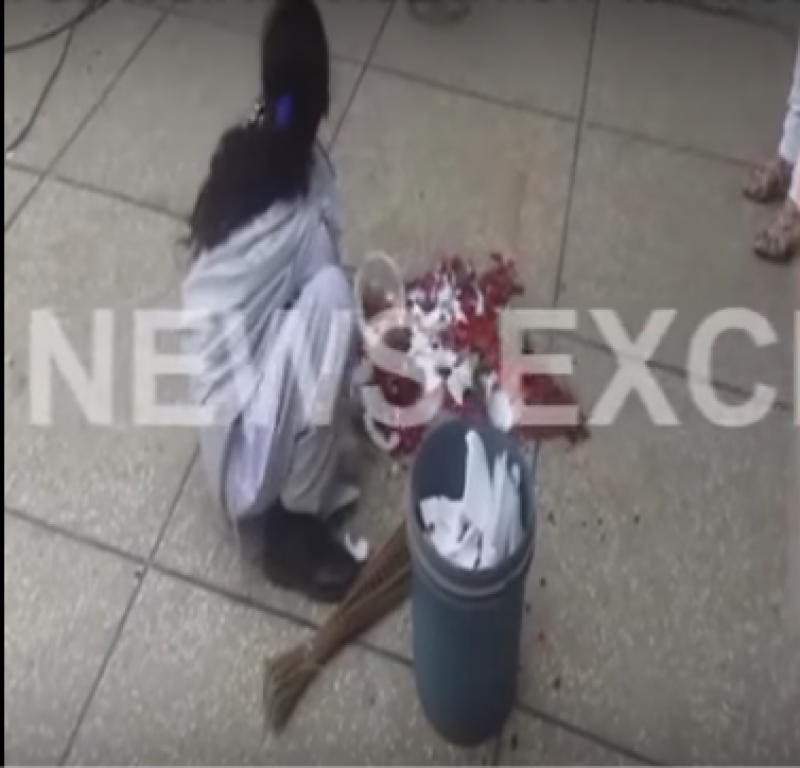 Lahore (Ibraheem Badees): In Shahid Afridi Foundation School, students who came to take admission with a high aim to become doctor or engineer, were assigned to sweep and clean the building of the school on their own , revealed by NeoNews reporter Ibraheem Badees.

According to details, Shahid Afridi has officially took the responsibility of a school in Meerpur village Lahore and right after the inauguration a student who was came to take admission, was seen sweeping in the school despite sweepers.

A video has been leaked that is facing criticism on social media.