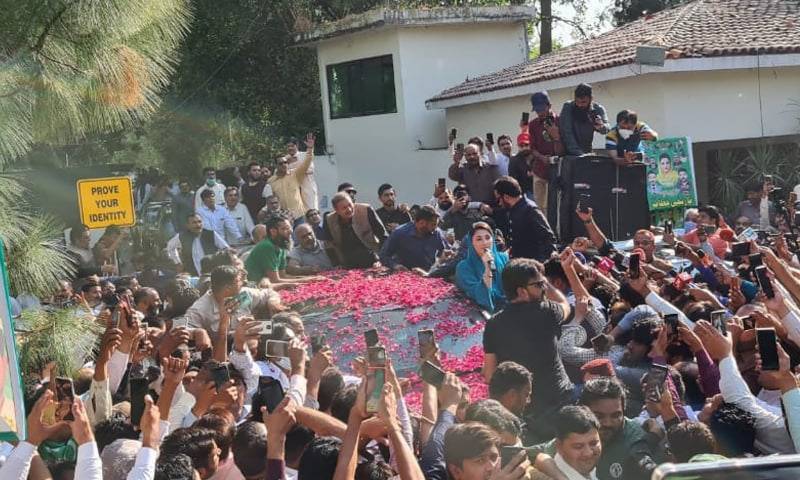 “Took us 6 hours precisely to get out of Lahore ! Ek samandar tha logon ka ! Now rushing to Gujranwal. Crossed Kamoki,” said PML-N Vice President Maryam Nawaz in a tweet after she left for the rally from her residence at Jati Umra.

PPP Chairman Bilawal also made brief stopover at Wazirabad where he addressed his party workers and raised anti-government slogans.

Earlier, PDM chief Maulana Fazlur Rehman, addressing a press conference before his departure from Lahore, said that his caravan will meet Maryam Nawaz’s caravan at some point and they will enter Gujranwala together.