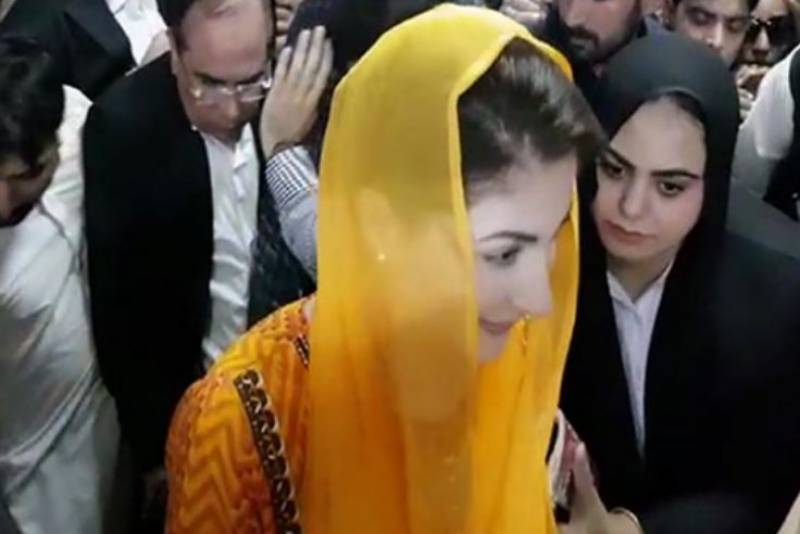 Islamabad (Staff Report/Agencies): The Election Commission of Pakistan (ECP) will announce its verdict on petitions challenging her appointment as PML-N Vice President Maryam Nawaz on Tuesday.

A three-member bench of the ECP, headed by Chief Election Commissioner Sardar Muhammad Raza heard the petition filed by Farrukh Habib, Maleeka Bokhari, Kanwal Shauzab and Javeria Zafar. The petitioner had stated that Maryam is ineligible to hold any political or public office, so her appointment as a PML-N vice-president is in contradiction with the constitution and law of the land.

During today’s (Monday) hearing, the prosecutor argued that Section 203 of the constitution should be read with Article 62 and 63 recalling that a PTI candidate in South Punjab, Rai Hasan Nawaz, was dismissed from party designation on the same clause which bars disqualified leaders from holding a position in the party.

The defense counsel argued that some political parties are headed by their presidents, some by chairmen and some by emirs. “The only person who matters is the one with authority,” he said, adding: “The vice presidents and subordinate ranks do not possess any significant power [in the party].”

After hearing the arguments, the commission reserved its verdict.

Last week, Maryam was made one of the 16 vice-presidents of the party along with Hamza Shehbaz. Former prime minister Shahid Khaqan Abbasi was appointed as senior vice president of PML-N, while Ahsan Iqbal was made general secretary.