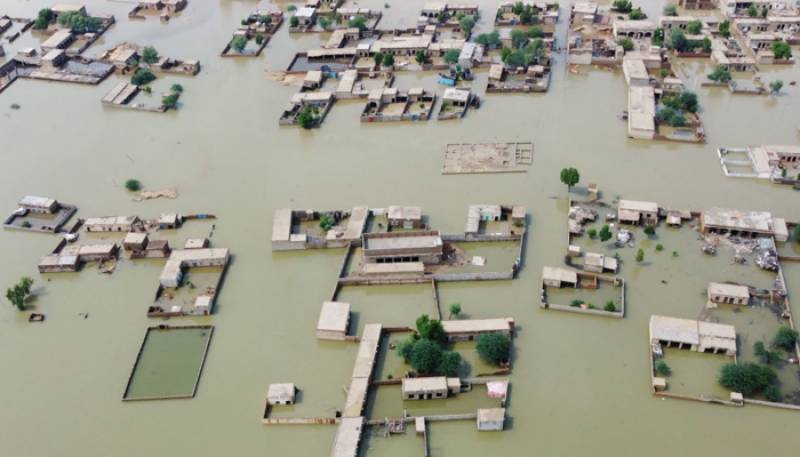 Islamabad (Web Desk): Global warming is likely to have played a role in the devastating floods that hit Pakistan, says a World Weather Attribution (WWA) research.

“We found that the 5-day maximum rainfall over the provinces Sindh and Balochistan is now about 75pc more intense than it would have been had the climate not warmed by 1.2C, whereas the 60-day rain across the basin is now about 50pc more intense, meaning rainfall this heavy is now more likely to happen”, said WWA in a report.

Pakistan’s overall vulnerability, including people living in harm’s way, is the chief factor in the disaster that at one point submerged one-third of the country under water, but human-caused “climate change also plays a really important role here,” said study senior author Friederike Otto, a climate scientist at Imperial College of London.

According to National Disaster Manage­ment Authority’s (NDMA) countrywide statistics released on Thursday, the unprecedented floods, triggered by record monsoon rains and glacial melt in northern mountains, have left 1500 people dead, displaced 33 million people out of a population of 220m and swept away homes, vehicles, crops and livestock in damage estimated at $30 billion.

Hundreds of thousands of people have been made homeless by flooding in Sindh province, with many sleeping by the side of elevated highways and roads to protect themselves from the water, the NDMA said.