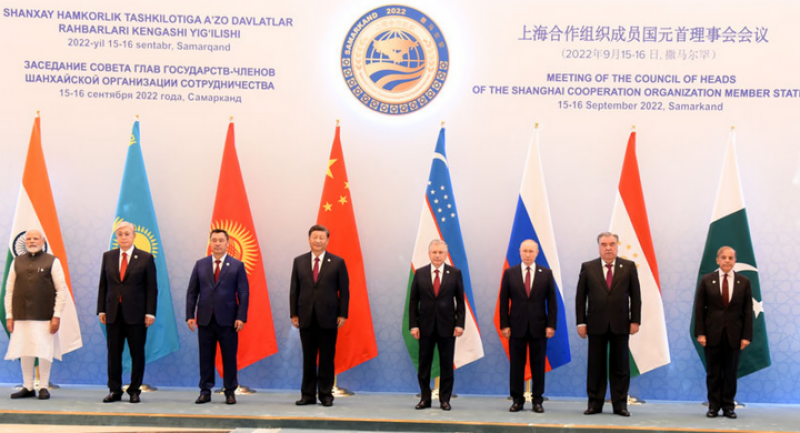 Samarkand (Web Desk): Prime Minister Shehbaz Sharif on Friday joined the leaders of the Shanghai Cooperation Organization (SCO) at its Council of Heads of State (CHS) meeting held in the historic city of Samarkand.

PM Sharif along with leaders of the eight-member SCO attended the close-format CHS at the Congress Centre, where he was welcomed by President of Uzbekistan Shavkat Mirziyoyev.

Later, PM Shehbaz will address the summit where he will highlight Pakistan’s stance and perspective on regional cooperation, particularly in view of emerging global challenges.

He is also scheduled to hold meetings with other world leaders on the sidelines of the SCO summit, including Chinese President Xi Jinping, Azerbaijan’s President Ilham Aliyev and President of Kazakhstan Kassym Jomart Tokayev.

On conclusion of his visit, PM Shehbaz will also visit the mausoleum of Hazrat Imam Bokhari to pay his respects.