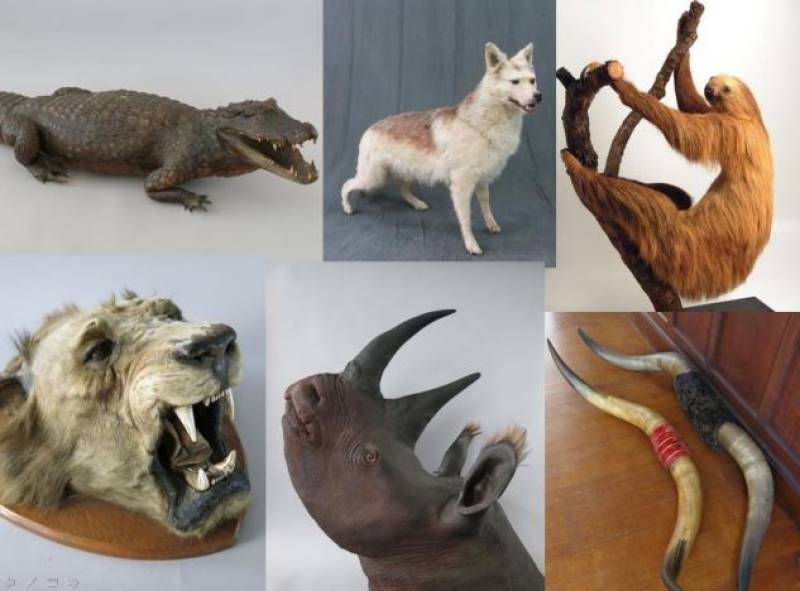 London (Reuters): A British burglar who stole 18 stuffed animals including lions, a giraffe and a snarling chimpanzee in a top hat and tie has received a suspended jail sentence.

The loot, which also included a stuffed rhinoceros, a crocodile, a sloth, a zebra, a penguin and a pink flamingo, belonged to a licensed taxidermy company and was worth about 100,000 pounds ($124,850) in total, police said.

Jason Hopwood, 47, had pleaded guilty to burglary and fraudulent use of a registration plate. He was sentenced to 21 months in jail, suspended for two years, and ordered to do 200 hours of community service work. The animals were stolen in March last year from a warehouse in Wimbledon, south-west London.

After receiving an anonymous tip-off, police found an abandoned van in Essex, east of London, with all 18 animals inside and sticky patches where fake number plates had been attached.

Hopwood was subsequently identified as the van's owner.

Detective Constable Stuart Goss of London's Metropolitan Police said, "Cataloguing and exhibiting the stolen items was a truly unique and memorable experience, and this is certainly an investigation which will stay with me for years to come."

Weird animals around the world