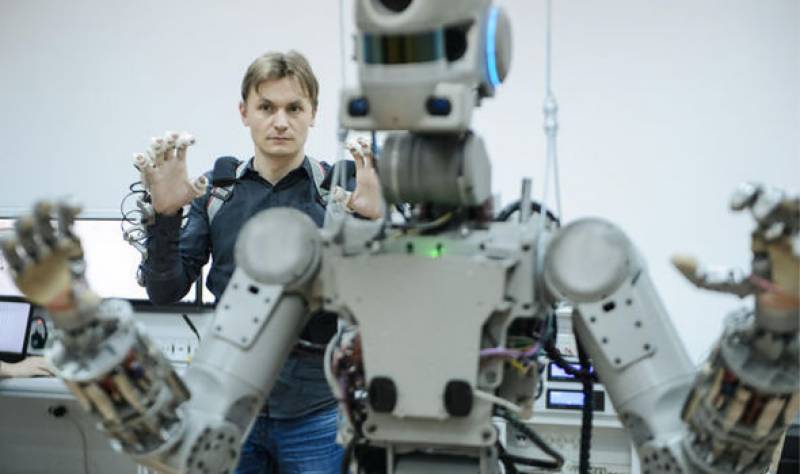 Moscow (Web Desk): A Russian-built robot which can shoot guns and will be sent into space is “not a Terminator-like killing machine”, says deputy Prime Minister Dmitry Rogozin.

Combat robot F.E.D.O.R is a human-like creation which can reportedly be programmed to make its own decisions, The Sun reported. The human-like creation has been captured in incredible footage drilling holes into a wall, driving a car, lifting weights and doing press ups.

The Russians hope to send the robot to space on a new ship called Federation, which is still being developed.

This development comes as fears of World War-III are looming, following the Trump’s Tomahawk missile attack on the Syrian regime which angered Kremlin. But the Russians say they are not creating a Terminator. Deputy PM Rogozin wrote on Twitter: “Robot platform F.E.D.O.R. showed shooting skills with two hands.