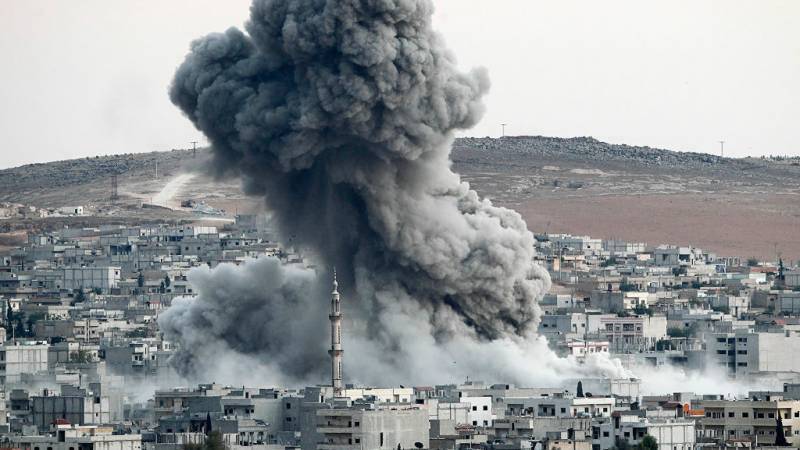 Beirut (Web Desk): The Syrian army began preparatory shelling for an assault on the last area outside its control near Damascus on Tuesday, said acommander in the pro-government alliance.

Recovering the Yarmouk camp and neighboring areas located south of the city would give President Bashar al-Assad complete control over Syria’s capital, further consolidating his grip on power.

Yarmouk, Syria’s biggest camp for Palestinian refugees since the mid-20th century, has been under the control of Daesh fighters for several years. Although the vast majority of residents have fled, the United Nations says thousands remain.

Assad has benefited from Russian air power since 2015 to regain large swathes of Syria, putting him in his strongest position since the early months of the seven-year-old war, a foreign news agency reported.

The war has killed more than 500,000 people and has drawn in regional and global powers. The United States, Britain and France launched their first coordinated strikes against Assad’s government on Saturday in retaliation for what they say was a poison gas attack on April 7 that killed scores of residents in Douma, the last town in the eastern Ghouta to fall.

The Western missiles destroyed three targets that had been evacuated in advance, but did nothing to alter the wider course of the war, leaving Assad’s Russian-backed forces still on the offensive with the goal of recapturing the entire country.

Damascus and Moscow have both denied using poison gas and have broadcast statements from hospital workers in Douma - which medical aid groups operating in rebel areas have dismissed as propaganda - saying that no chemical attack took place.

Priority on Syria no longer focused on 'getting Assad out': US ...