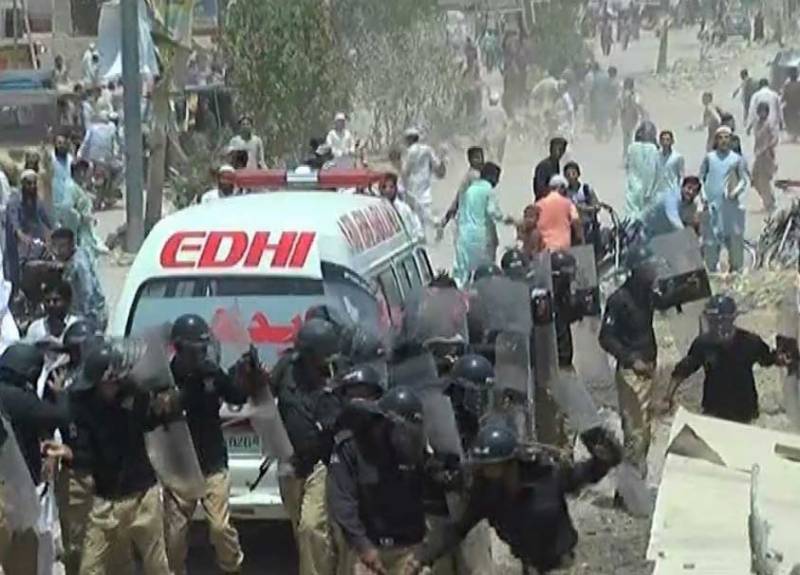 Karachi (Staff Report): A man was killed and another twelve injured on Tuesday as police attacked Orangi Town residents staging a demonstration against the rape and killing of a six-year-old girl.

Police resorted to baton charge and aerial firing to disperse the protesters. As a result one dead and at least dozen injured. The injured, including a DSP and nine other policemen have been taken to Abbasi Shaheed Hospital.

The girl, who had gone missing on Sunday, was found dead in bushes in Manghopir on Monday night. She was later identified on Tuesday as a resident of Baloch Goth, Orangi Town.

An initial medical examination had suggested she was sexually assaulted and strangulated to death.

Relatives and area residents placed the body of the deceased girl on Orangi Road in protest but took the body back to their home after it turned violent with demonstrators pelting stones at police and nearby vehicles.