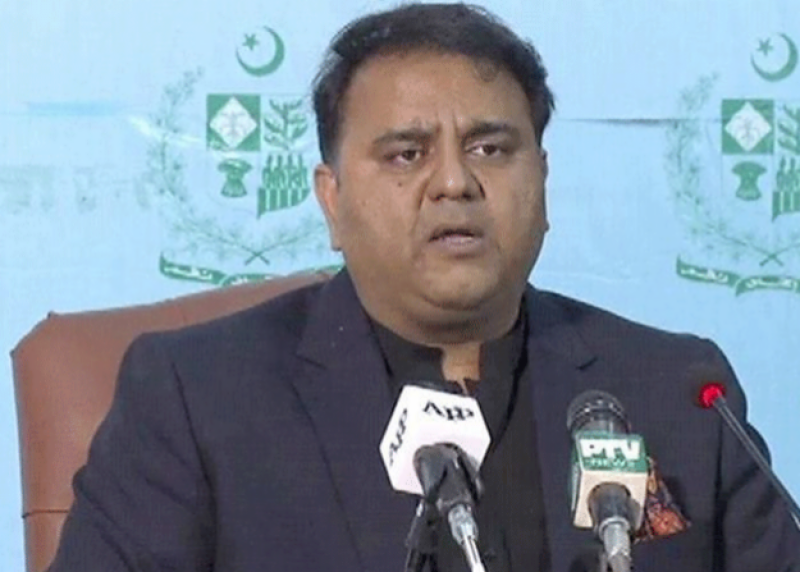 Speaking to newsmen in Rawalpindi, he said that the PML-N leader threatened the Punjab chief secretary commissioner and other government officers during his media talk on Friday.

“If someone wanted to play politics, they had to do so within the limits of the Constitution,” he said.

Pakistan's state is not a weak state at all, Chaudhry said, adding that the state's writ cannot be challenged.

Chaudhry referred to the language of Rana Sanaullah same as Muttahida Qaumi Movement (MQM) founder used back in the day.

Those days are gone when statesmen illegally occupied government-owned land and threatened officials.

Fawad said that the prime minister had received a report on land grabbing by MNAs and had called for an inquiry, with the Punjab government then launching a reclamation effort.

He said the investigation had found discrepancies in how government land at Jati Umra had been transferred over to the name of PML-N supremo Nawaz Sharif's late mother and termed it as "open dishonesty".

Chaudhry said there had been an inquiry and the revenue authority had declared that "official land was wrongly given" and affirmed the PML-N had the right to challenge the decision.

“If someone blackmails institutions, he will have to face action,” the minister added.