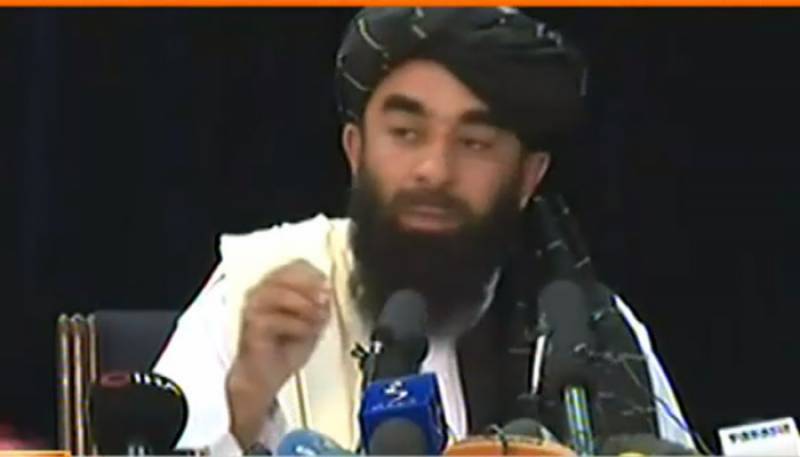 Kabul (Web Desk): Taliban spokesperson Zabiullah Mujahid on Tuesday said that the Islamic Emirate does not have any kind of any kind of hostility or animosity towards anybody.

Addressing a first press conference in Kabul since the Taliban overthrew of the Afghanistan government, he said that that the group does not wish to "repeat any conflict, any war". He added that all animosity "has come to an end".

He said that Afghanistan is "at a historical stage" where the country's men and women are looking to the Taliban with regard to their future.

"I would like to assure [them] that after consultations that will be completed very soon, we will be witnessing the formation of a strong, Islamic, and inclusive government, InshaAllah."

Zabiullah Mujahid said that when the Taliban forces entered the Afghan capital, Kabul, "there were no casualties", terming it a "great development".

He said there were some rioters wanting to "abuse the situation".

"We realised that problem was going on, but we would like to assure the residents of Kabul of their full security, for protection of their dignity and security and safety. Security has been ensured. God-willing, day by day there will be more security," he said.

Zabihullah Mujahid asserted that rights of women will be protected within the framework of Islamic law.

He said that women are allowed to play active role in the society, but within the framework of Islam.

The Taliban spokesman clearly stated that no will be allowed to use Afghan soil for attacks against any nation.

He ensured the international community, including the United States, that nobody will be harmed, adding that all embassies of foreign countries and international aid agencies will be protected.

He said that Taliban expelled the foreign forces after long resistance, adding that it is a proud moment for whole nation.

The spokesman also said the Taliban wanted private media to remain independent, but stressed journalists should not work against national values.

Mujahid stressed that Afghanistan would not allow itself to harbour anyone targeting other nations.

That was a key demand in a deal the militants struck with the Trump administration in 2020 that led to the ultimate US withdrawal under current President Joe Biden.

Earlier in the day, the Taliban also declared a general amnesty for all government officials and urged them to return to work.