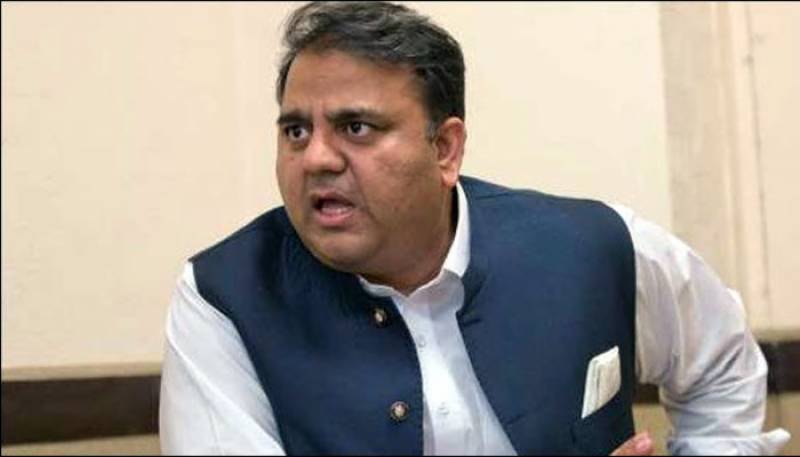 Islamabad (Web Desk): Federal Minister for Information Fawad Chaudhry on Tuesday said that 'peaceful' transfer of power in Afghanistan is a welcome sign.

During a press briefing held to apprise the media regarding decisions taken by the federal cabinet, he said that any recognition of the Taliban regime in Afghanistan will be a "regional decision" taken after consultations with regional and international powers

Discussing the evolving situation in Afghanistan after the Taliban's dramatic reclaiming of power in the war-torn country, Chaudhry said Pakistan was a responsible part of the international community and its decisions will not be unilateral.

“We are in touch with our friends, both in [this] region and internationally, and we will decide accordingly,” he said.

“Pakistan does not intend to take a "unilateral decision" in this regard,” the minister said.

“Prime Minister Imran Khan also had a detailed discussion with his Turkish counterpart a day ago on the Afghanistan situation, while the US secretary of state had spoken to Foreign Minister Shah Mehmood Qureshi on the same topic,” the minister said.

Fawad Chaudhry said that Pakistan had advised Afghan President Ashraf Ghani on a number of occasions in the past that it would be unfeasible for him to run Afghanistan unilaterally.

Fawad Chaudhry hoped the Taliban would respect the human rights of the Afghans. "It is good to see that not many losses were incurred by people (during the offensive)," he said.

Earlier, Foreign Minister Shah Mahmood Qureshi and United States (US) Secretary of State Antony Blinken, during a telephonic conversation, discussed the evolving situation in Afghanistan after the Taliban takeover.

According to details, FM Qureshi shared Pakistan's perspective noting the significant change in the situation within a short span and the avoidance of violence.

“Pakistan would remain closely engaged with the US and other international partners in promoting efforts for supporting of a peaceful and stable Afghanistan,” he said.

He stressed the importance of inclusive political settlement as the best way forward.

FM Qureshi further stressed that continued US economic engagement with Afghanistan is of crucial importance as well.

He also apprised Mr Blinken of Pakistan's efforts to facilitate the evacuation of personnel and staff of diplomatic missions, international organizations, media and others.

On the other hand, the Taliban have also declared a general amnesty for all government officials and urged them to return to work.