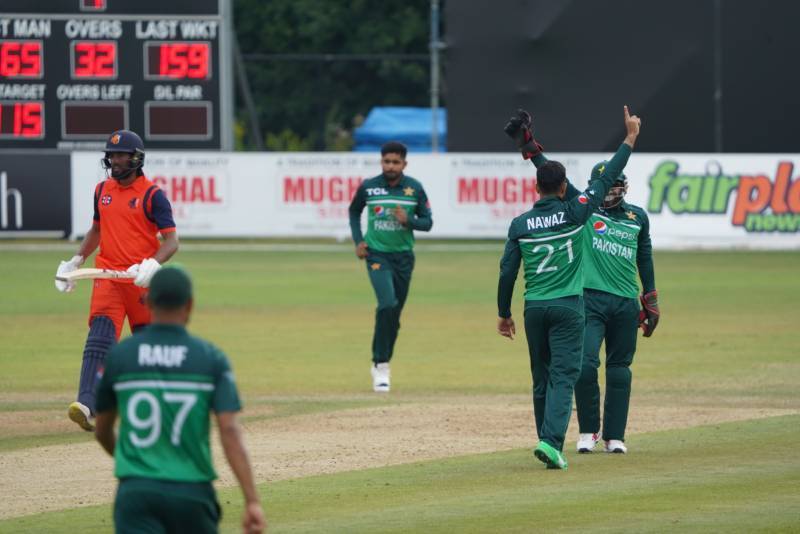 Rotterdam (Web Desk): Pakistan defeated the Netherlands in the first one-day international (ODI) of three-match series in Rotterdam on Tuesday.

Batting first, Pakistan scored 314 runs for the loss of 6 wickets in allotted 50 overs.

Team Green lost quick wickets before Fakhar Zaman and Babar Azam had put on a strong partnership for the first game against the Netherlands.

Earlier, the duo had added 168 runs for the second wicket for the visitors.

In reply, Netherlands could score 298 for the loss of 9 wickets in 50 overs.

The Dutch displayed A-game as they gave a solid fight back to Men in Green who hardly save the first game of series.

Set to chase a big total of 315 runs, the Netherlands lost a couple of wickets earlier but opener Vikramjit Singh and Tom Cooper rescued the home side.

Despite a valiant run chase, the hosts finished on 298-8 against a spirited Pakistani team, backed by a myriad of vocal supporters.