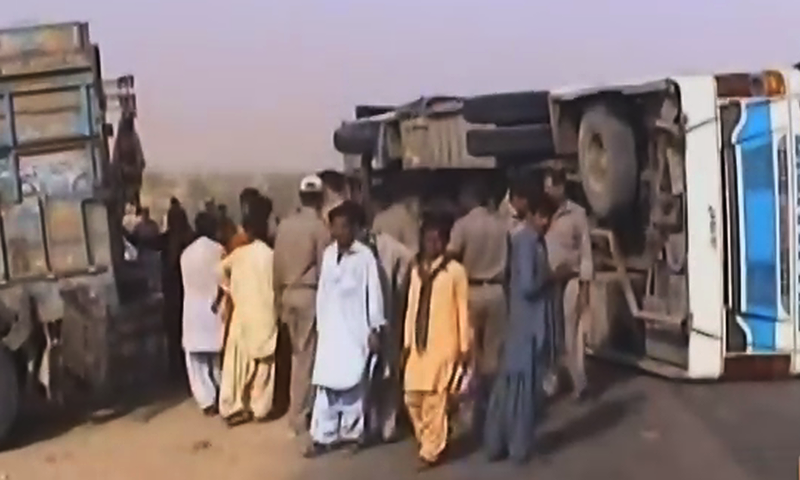 Quetta (Staff Report): At least seven people were killed and 10 others were injured when a passenger coach collided with a trailer on Quetta-Taftan Road in Chaghi (Chagai) District.

. According to a Levies spokesman, the incident occurred on Saturday when the bus, heading to Taftan from Quetta, went out of drivers control and collided with a trailer coming from opposite side.

Three victims were identified as Pervaiz, Lakhmir and Malik Shah while bodies of other four persons were charred beyond recognition.

Chagai Deputy Commission confirmed that drivers of both vehicles were killed in the incident.