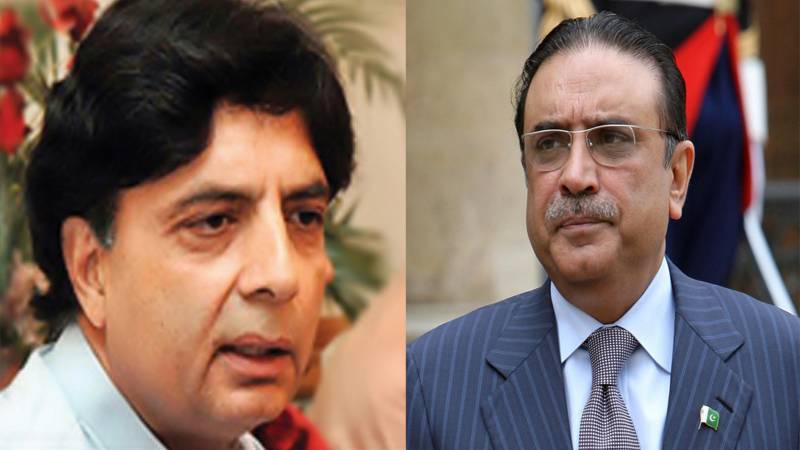 According to an interior ministry spokesman, Chaudhry Nisar had not made any contact with Asif Zardari, adding that the media reports about the contact are baseless.

Regarding the postponement of the press conference which was scheduled to be held on Friday, he said the minister was engaged in a meeting at the Prime Minister House.

The meeting took long time due to which Nisar would address the press conference on Saturday, he added.