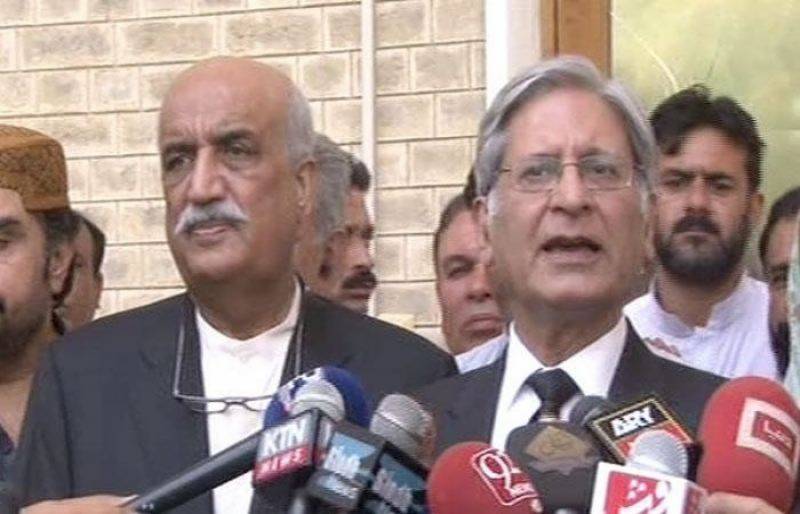 The PPP also submitted an adjournment motion against Nisar in the National Assembly Secretariat, claiming that the interior minister was incapable of playing a role in combating terrorism.

Aitzaz Ahsan alleged Nisar of have convened meetings with the leader of a banned outfit.

Meanwhile, Leader of the Opposition in National Assembly (NA) Khurshid Shah said that commission’s report had validated PPP’s stance and warned that successes achieved under Operation Zarb-e-Azb were likely to go in vain if Nisar continued with the same mindset.

The one-man commission report released by the Supreme Court on Thursday pointed out the ‘monumental failure’ of the interior ministry to combat terrorism.

An attack in Civil Hospital of Quetta on August 8, 2016 this year claimed over 70 lives, mostly lawyers who had gathered to mourn killing of President of Balochistan Bar Association, Bilal Anwar Kasi the same morning.