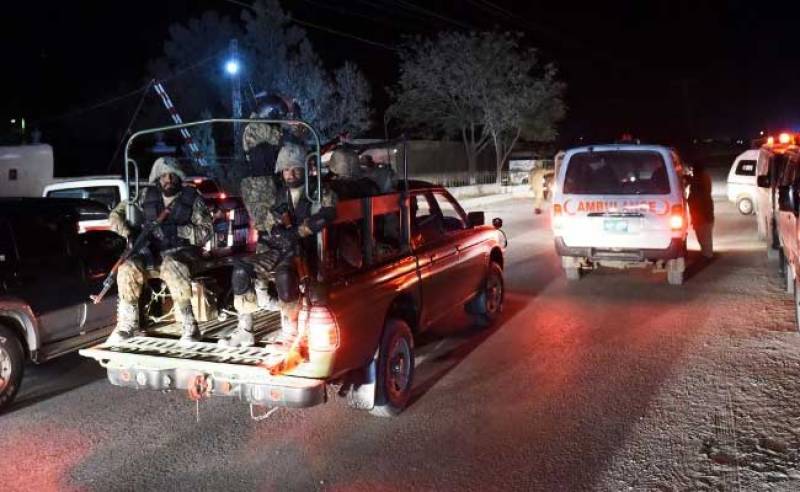 As per details, unknown miscreants opened fire at the convoy of Qurtta’s DPO and AC in Awaran. The firing was retaliated by security officials and five officials were injured while attackers fled the scene.

The injured including three police officials and two Levies officials were shifted to the hospital for treatment. According to doctors two of them are in critical condition.

One soldier martyred, three injured in terrorist attack near Turbat: ...