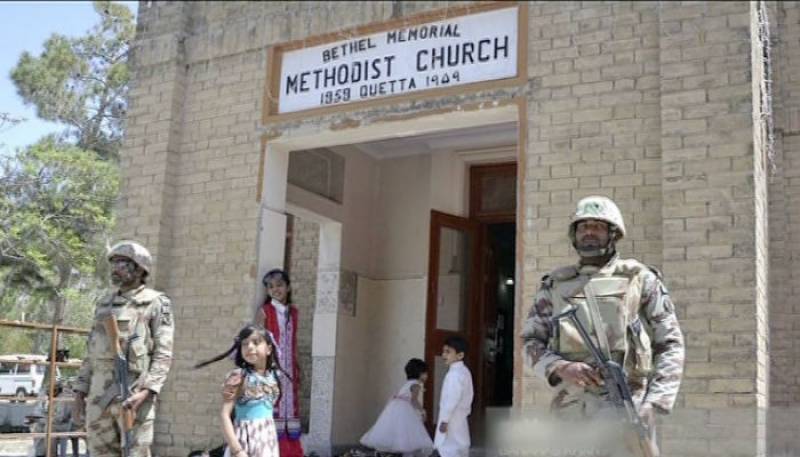 Quetta (Staff Report/Agencies): At least eight people were killed and more than 40 were injured in a suicide attack on the Bethel Memorial Methodist Church on Quetta's Zarghoon Road on Sunday.

Inital reports say that a few terrorists attacked the church where prayers of Christian community were being held.

All casualties were shifted to Civil Hospital Quetta. Hospital sources said they had initially received four bodies and around 20 injured, including women and children. Three of the injured passed away while undergoing treatment for their injuries.

Balochistan Home Minister Sarfaraz Bugti said that a suicide bomber blew himself up at the entrance gate of the church when stopped by the security guards while another one managed to get inside.

By the grace of Almighty, 02 Suicide Bombers stopped on entrance of Church in #Quetta. LEAs took 16 mins to complete the op. CCPO & DC #Quetta along with IG Police #Balochistan lead the operation from forefront.

Bugti said the suicide bombers were also reportedly carrying weapons. The minister said around 300-400 people are usually present in the church on Sundays.

Following the attack, an emergency was imposed in all hospitals across Quetta.