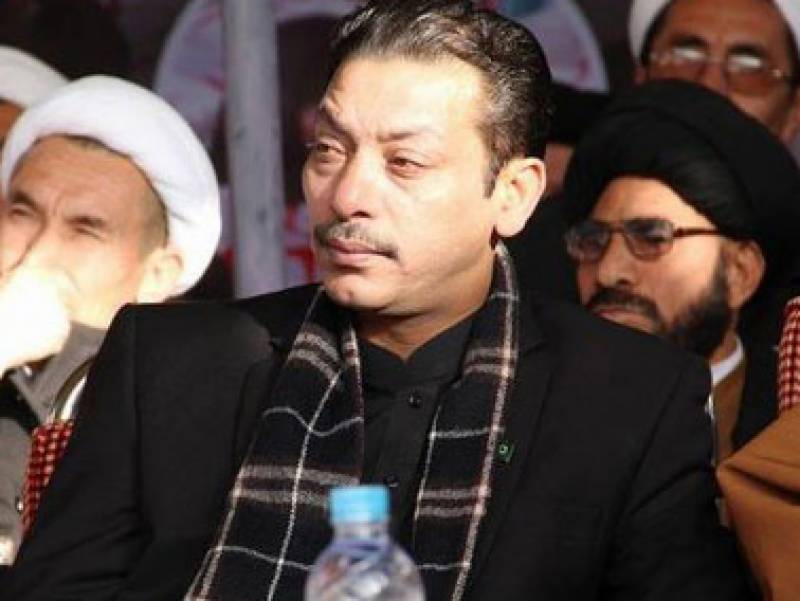 Faisal was produced before the ATC in connection with a hearing of a case regarding an interview in which he used inappropriate language against Chief Justice of Pakistan Saqib Nisar.

ATC judge Shahrukh Arjumand heard the case. Abidi denied the charges, after which the court ordered prosecutors to present witnesses in the next hearing.

The court ordered a medical examination of Abidi after his counsel requested the court to permit shifting him from jail to a hospital.

Meanwhile, the former senator also submitted a written apology from the SC and requested for mercy for his "uncalled for conduct and remarks against the Honourable Chief Justice of Pakistan".

Abidi was arrested on October 10 after his appearance in the Supreme Court (SC).as first information report (FIR) was filed against him in Islamabad's Secretariat police station.

The top court had taken a suo motu notice over Abidi's alleged anti-judiciary remarks and a hearing of the case is scheduled for Dec 19.

According to the FIR, Abidi passed derogatory remarks against the CJP and the judiciary in the interview.

On October 10, Faisal Raza Abidi, the former Senator of Pakistan People's Party (PPP), was arrested by the Secretariat police after he appeared before the Supreme Court in 'derogatory' remarks case.

On Sept 21, a case was registered in the Secretariat Police Station under Pakistan Penal Code's sections 228, 500, 505(ii) and 34 along with Anti-Terrorism Act (ATA).

The Sindh government on September 28 gave permission to Islamabad police for arresting Abidi.