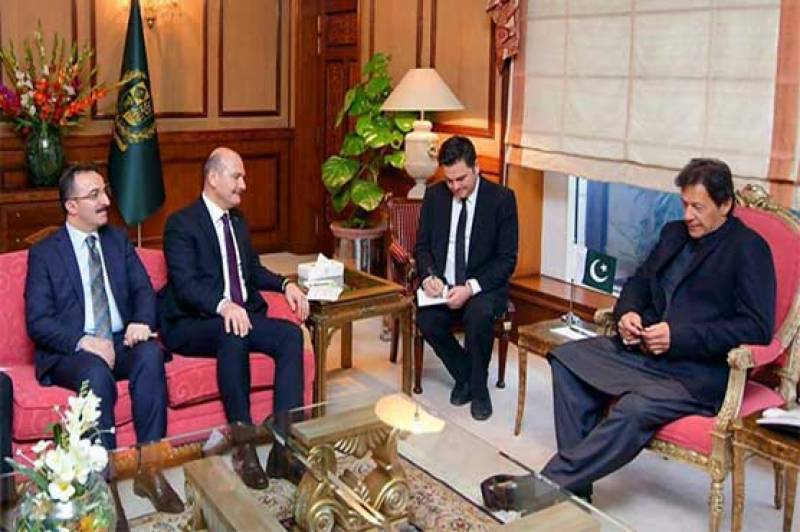 During the meeting, bilateral relations between the two countries as well as ways to further enhance mutual cooperation in various areas were discussed.

The prime minister expressed satisfaction over the upward trajectory of Pak-Turkish bilateral relations. The PM also extended an invitation to Turkish President Recep Tayyip Erdogan as well other Turkish leaders to visit Pakistan.

Turkish minister felicitated PM Khan Imran on behalf of Turkish leadership and in his personal capacity, on assuming charge as the premier of the country. He also invited PM Khan to visit Turkey.

Soylu was received by State Minister for Interior Shehryar Afridi at Islamabad Airport upon his arrival.