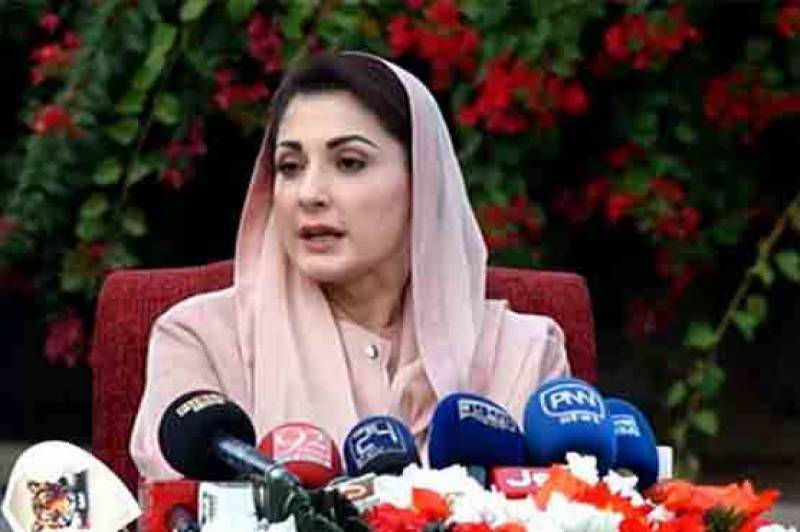 Addressing a press conference in Lahore, the PML-N vice president blamed Prime Minister Imran Khan for "destroying" national institutions by dragging them into politics for his own interests.

She said that even if the government’s plan to hold early elections cannot save it from going home.

Criticising PM Imran, the PML-N leader said Maryam Nawaz said that playing with dogs is something else but playing with institutions is dangerous, adding that holding elections after opposition’s resignations is a mere threat.

Maryam also accused the premier of "destroying" national institutions by "dragging them into politics".

Maryam said that the Election Commision of Pakistan (ECP) has the authority to hold and announce elections, and it was not the prerogative of the prime minister to do so.

Maryam said that the prime minister was making the Supreme Court (SC) "controversial" by involving it in the matter of introducing the "show of hands" method for Senate elections.

The PML-N leader said that she was not against "show of hands"; however, Maryam claimed that the motive behind the government's move "was not transparent".

"You forgot the show of hands method when the vote of no-confidence motion was moved against the Senate speaker. You used the state's machinery to influence the vote," she said.

Responding to a question, Maryam Nawaz said that the opposition will not sit silently while the government announces by-elections.