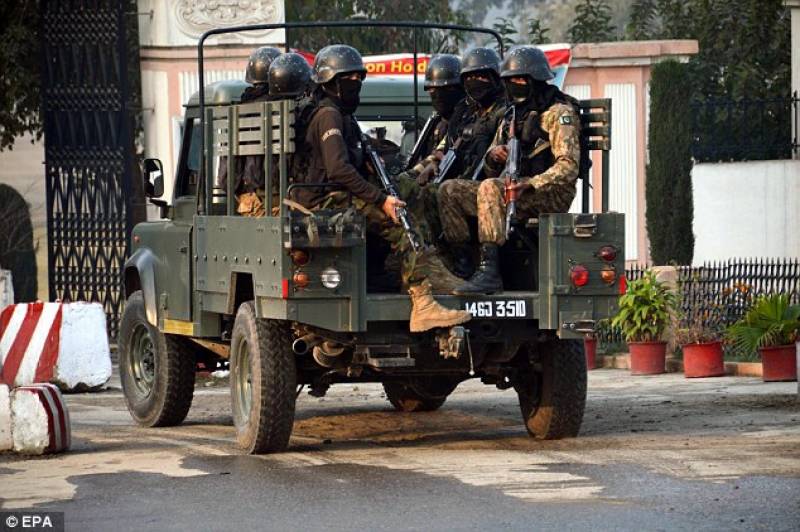 Islamabad: Security forces on Friday killed at least thirty two terrorists in encounters with law enforcement agencies in various parts of the country.

Security personnel killed four terrorists in a raid on their hideout at Bakakhel in Bannu. Three others were killed in Regi area of Peshawar during a search operation.

In Quetta, security forces shot dead two terrorists of a banned organization during a combing operation on eastern bypass near Saryab Road.

In another encounter in Mohmand Agency, a terrorist was killed in an encounter. A security personnel was also martyred, Radio Pakistan reported.

In Kurram Agency, two terrorists were killed in retaliatory fire when challenged by security forces in Shabak area.

Police killed two terrorists during an encounter near Chak 91of Sargodha. Arms and ammunitions were also recovered from the possession of terrorists.