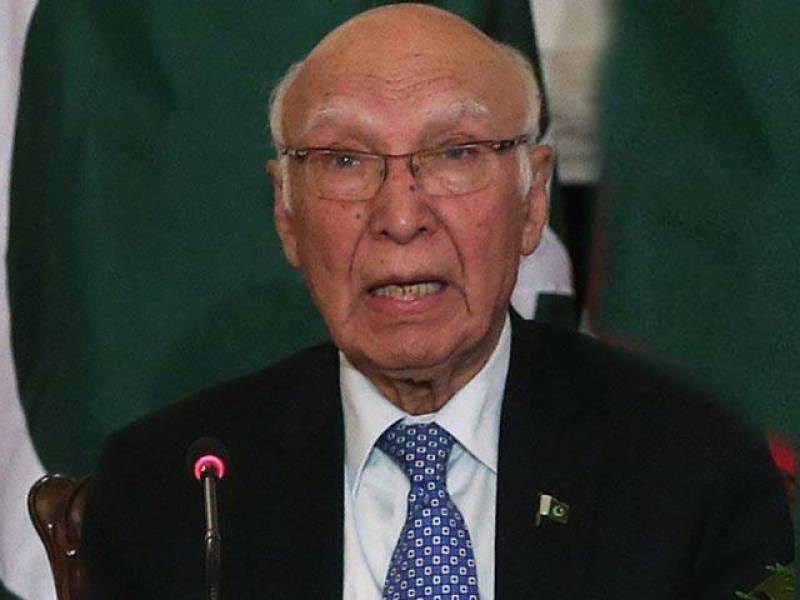 The breakaway faction of the TTP had claimed responsibility for Monday’s Lahore bombing.

According to a Foreign Office statement, Aziz told Atmar that the Jamaat-ul-Ahrar was behind these barbaric acts of terrorism, and underlined that the government and people of Pakistan were in deep anguish because of the recent spate of terrorist incidents.

The government of Afghanistan, he lamented, had not paid a heed to Pakistan’s repeated calls to take action against the group and its activities.

Aziz also said that Pakistan had shared a list of suspected JuA terrorists with the government of Afghanistan for action against them.

Aziz stressed that terrorism was a common threat and its elimination required close cooperation. He said it was important that Afghan government take strong action against terrorist elements to reaffirm that its soil was not used for terrorism in Pakistan.

The adviser also emphasised that cooperation between Afghanistan and Pakistan was vital for effectively combating the scourge of terrorism. In this regard, effective border management was required to prevent movement of terrorist elements across the border.

The Afghan NSA expressed his government’s condolences over the loss of lives in recent attacks.