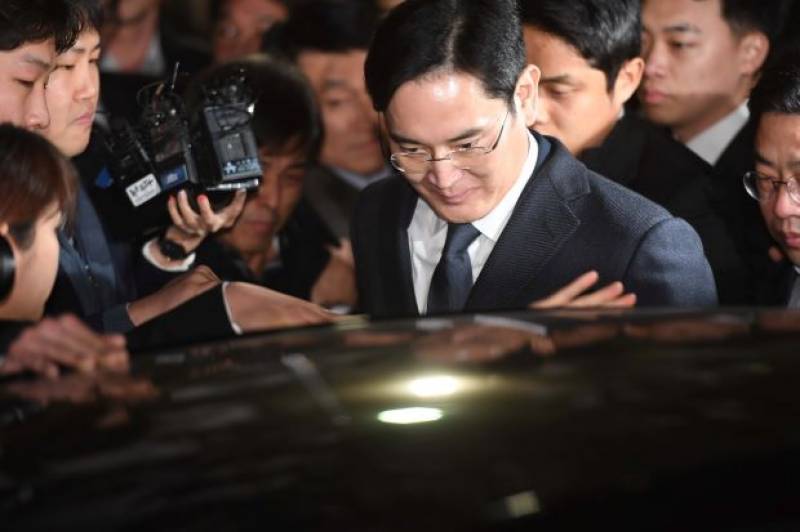 Seoul (Reuters): Samsung Group chief Jay Y Lee was arrested on Friday over his alleged role in a corruption scandal rocking the highest levels of power in South Korea.

The special prosecutor's office accuses Lee of bribing a close friend of President Park Geun-hye to gain government favours related to leadership succession at the conglomerate. It said on Friday it will indict him on charges including bribery, embezzlement, hiding assets overseas and perjury.

The 48-year-old Lee, scion of the country's richest family, was taken into custody at the Seoul Detention Centre early on Friday after waiting there overnight for the decision. He was being held in a single cell with a TV and desk, a jail official said. Lee is a suspect in an influence-peddling scandal that led parliament to impeach Park in December, a decision that if upheld by the Constitutional Court would make her the country's first democratically elected leader forced from office.