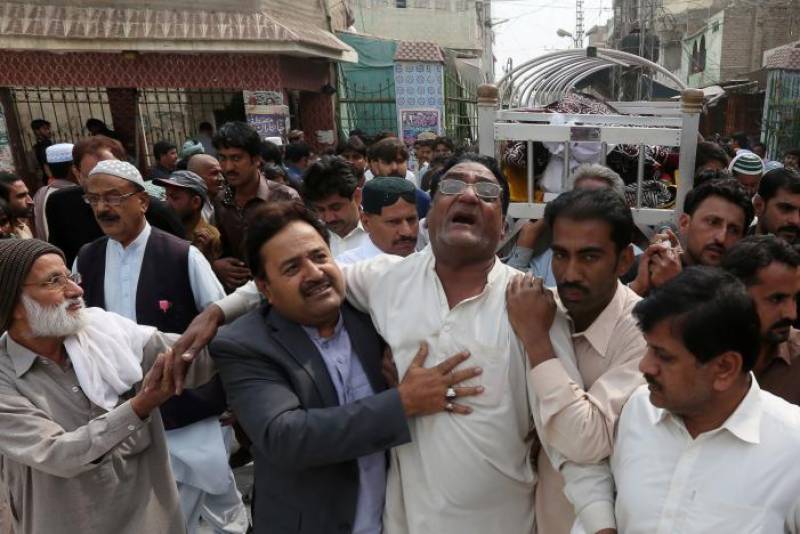 Pakistan (Reuters): Wailing Sufi devotees thronged a blood-stained shrine in southern Pakistan on Friday, shouting at police a day after a suicide bomber killed at least 77 people in an attack.

The bombing of the famed Lal Shahbaz Qalandar shrine in Sindh province was Pakistan's deadliest attack in two years and capped a wave of violence this week.

The white marble floor at Lal Shahbaz Qalandar was still marked by blood on Friday, and a pile of abandoned shoes and slippers was heaped in the courtyard, many of them belonging to victims. Outside, protesters shouted slogans at police, who they said had failed to protect the shrine.

"I wish I could have been here and died in the blast last night," a devastated Ali Hussain said, sitting on the floor of the shrine. He said that local Sufis had asked for better security after a separate bombing this week had killed 13 people in the eastern city of Lahore, but added: "No one bothered to secure this place".

Anwer Ali, 25, rushed to the shrine after he heard the explosion, and described seeing dead bodies and chaos as people fled the scene. "There were threats to the shrine. The Taliban had warned that they will attack here, but authorities didn't take it seriously," Ali said.

A wave of bombings over five days has hit all four of Pakistan's provinces and two major cities, killing nearly 100 people.