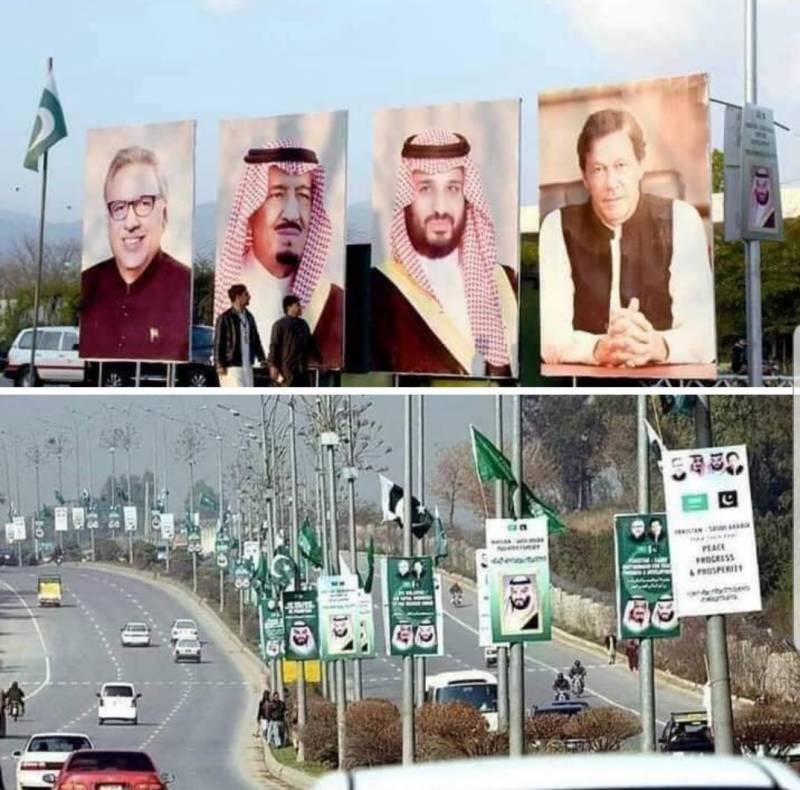 Islamabad (Staff Report/Agencies): Saudi Crown Prince Mohammed bin Salman (MBS) will arrive in Islamabad today (Sunday) on his on his first-ever visit to Pakistan on the invitation of Prime Minister Imran Khan.

The crown prince will be received by PM Khan and members of his cabinet at Noor Khan Air Base in Rawalpindi. MBS will be accorded a red carpet welcome and presented a guard of honour at the PM House.