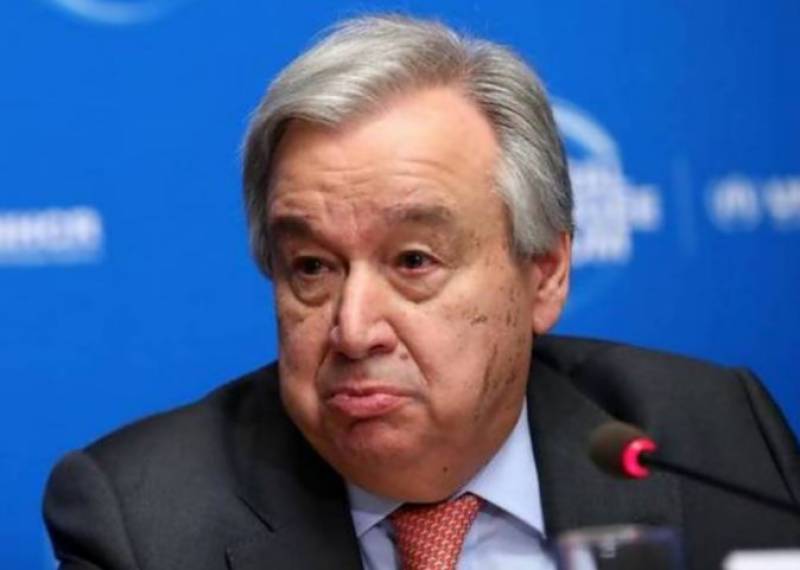 Islamabad (Agencies): United Nations (UN) Secretary General Antonio Guterres on Monday said that the world must recognise that the international support for Pakistan has been minimal compared to its own national efforts for Afghan Refugees.

Addressing two-day Refugee Summit Islamabad on 40 years of hosting Afghan refugees in Pakistan, the UN chief said that people of Pakistan extended generosity to the Afghan refugees for forty years, and this story is very close to his heart.

"I see solidarity not only in words but in deeds",  he said. “We know the solution lies in Afghanistan", he said.

I hope we can signal a possible pathway to peace for a better future for the people of Afghanistan. I see with us Ambassador Khalilzad who I want to strongly encourage to pursuing the way of peace.”

He underscored the need for renewed commitment to peace in Afghanistan for the successful repatriation of Afghan refugees.

He said the Afghan people deserve peace and stability and repatriation with safety and dignity.

The UN chief said time has come for international community to act and deliver with responsibility sharing. He said refugees is a big challenge, but this conference shows commitment to solve the issue.

Addressing the conference, Prime Minister Imran Khan said that said that generosity has nothing to do with the bank balance.

"I say it with pride that my country has hosted millions of refugees,” PM Imran said adding that despite economic challenges, Pakistan has kept good relations with Afghan refugees. He said that Pakistan is celebrating 40 years of hosting refugees.

PM Imran stated that following the September 11 terrorist attack, Islamophobia compounded to the miseries of the refugees.

Speaking about Kashmir, Prime Minister Imran Khan said that the clampdown of Indian forces in the occupied valley could lead to a refugee crisis.

"There will be severe complications if the international community doesn’t raise its voice against Indian gross human rights in violation in the region", he said.

While addressing the conference, Foreign Minister Shah Mahmood Qureshi said that Pakistan is pursuing a policy of return of Afghan refugees with dignity, safety and honour.

The foreign minister said peace and stability is indispensable and Pakistan would continue supporting Afghan owned and Afghan led peace process. He said every refugee is hoping that peace will restore leading to repatriation.

FM Qureshi urged the world to join hands with Pakistan to provide basic needs to Afghan refugees and enable them to live a dignified life. He said international cooperation is required more than ever before, the Radio Pakistan reported.

Shah Mahmood Qureshi said caring should be a shared responsibility. He said Afghan refugees are expecting the world to rebuild their country after restoration of peace there.

Speaking on the occasion, Afghan Second Vice President Danish Sarwar said they are thankful to Pakistan for hosting Afghan refugees for forty years.

The Afghan Second Vice President said his government wants repatriation of Afghan refugees; however, for that, end of the war is imperative.

Addressing the conference UN High Commissioner for Refugees Filippo Grandi said for the last 40 years, the people of Pakistan have stood with Afghan neighbors. He said Pakistan's solidarity to hosting refugees is admirable.

"However, generosity does not come without cost, but it has impact on local economy, infrastructure and security", he noted.

Filippo Grandi said that the international support to the Afghan refugees remained insufficient. He appealed to donors to lend support for development in Afghanistan.