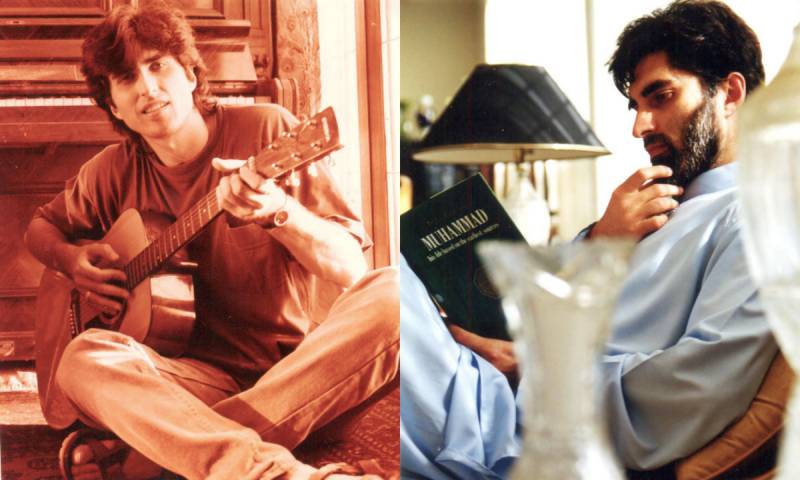 Salman’s short film covers the late singer-turned-preacher’s extraordinary life, his activities with his friends, his appearance on television and the bond Salman and Junaid shared as friends.

On the darker side the de-motivators have blocked the Youtube link of the movie in India and one of Salman Ahmed’s Indian fans complained about it on Twitter.

Salman Ahmed expressed fear on media that the movie may have been blocked in India because “it shows Pakistan as a culturally rich country”.

Unfortunately, on December 7, 2016, pop singer-turned-religious preacher Junaid Jamshed and his wife lost their life in a plane crash.

On December 7, Junaid Jamshed along with 46 others, boarded flight PK-661 from Chitral. The plane was to reach Islamabad but it crashed near Havelian village of Punjab. The crash killed all on board.

The funeral prayers of Junaid Jamshed were offered at AKD Ground DHA in the Karachi on December 15 and he was buried in a religious seminary Dar-ul-Uloom Korangi.