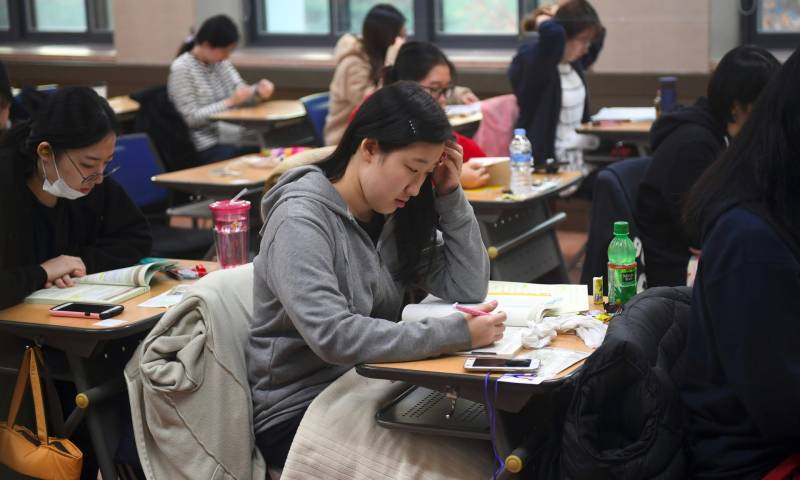 Success in the exam – which teenage South Koreans spend years preparing for – means a place in one of the elite colleges seen as key to a future career and even marriage prospects, The Guardian reported.

To clear the roads for the 606,000 students to ensure they arrive on time, government offices, major businesses and even Seoul’s stock market opened at 10am, an hour later than usual.

Transport authorities halted all airport landings and take-offs for 30 minutes in the afternoon to coincide with the main language listening test. Work at many construction sites was suspended and large trucks were banned from the roads near test venues.

The exam, which is being taken at 1,183 venues nationwide at about 9am, ends on Thursday evening.

TV news channels showed nervous-looking students walking into the test venues after tearful hugs with parents, as hundreds of younger students cheered on their senior classmates.

With so much at stake, thousands of parents have flocked to temples and churches to pray, with monks and pastors holding special sessions for students. The pressure to score well in the exam has been blamed for teenage depression and suicide rates that are among the highest in the world.