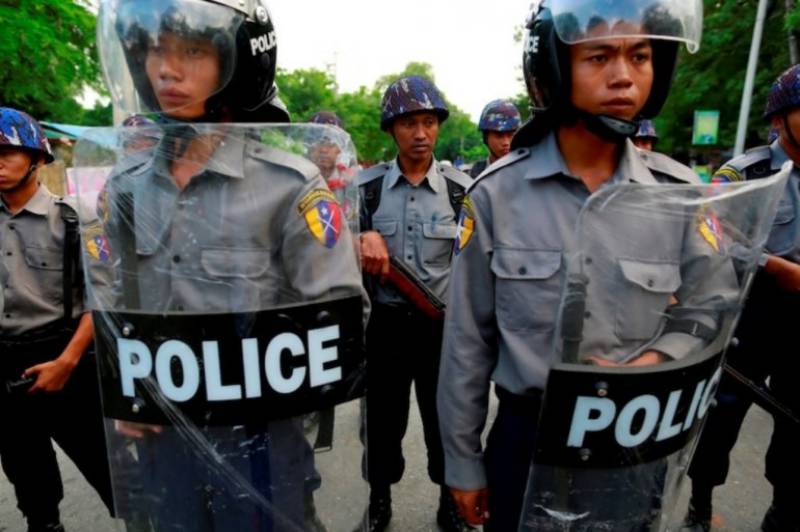 The demonstrators gathered late on Tuesday in Mrauk U township in the northern part of Rakhine to mark the end of the Arakan kingdom, the secretary of the Rakhine state government, Tin Maung Swe, told Reuters.

The violent demonstration underscores the challenges facing Myanmar leader Aung San Suu Kyi in a country where dozens of ethnic groups have been clamoring for autonomy since independence from Britain in 1947.

Some 4,000 people surrounded a government building after the annual ceremony marking the demise of the Arakan kingdom over 200 years ago, Tin Maung Swe said. Organizers did not seek approval from local authorities for the gathering, he said.

“The police used rubber bullets initially but the crowd didn’t leave. Finally the security members had to shoot. The conflict happened when some people tried to seize guns from the police,” he said.

Tun Ther Sein, regional MP from Mrauk U, said some of the critically injured protesters were taken to the state capital of Sittwe, a three-hour drive south of the ancient town studded with Buddhist temples.

The United Nations in Myanmar called on authorities to “investigate any disproportionate use of force or other illegal actions that may have occurred in relation to this incident”.

“We urge respect for the rights to peaceful assembly and freedom of expression, and call for the security forces and demonstrators to act with restraint and to avoid further violence,” the agency wrote in a statement.

The US embassy in a statement expressed “deep concern for all innocent people affected by the violence” and hoped “reason and restraint will prevail.”

Myanmar government spokesman Zaw Htay did not respond to requests for comment.

The Rakhine, also known as Arakanese, are one of the 135 officially recognized ethnic groups in Myanmar. Their identity is closely connected to the once powerful Arakanese kingdom along the Bay of Bengal, which was conquered by the Burmese kingdom in 1784. The kingdom was once an important stop on the old silk trade route.

Tensions in Rakhine have risen since a sweeping Myanmar army operation in August inflamed communal tension and triggered an exodus of over 650,000 Rohingya Muslims to Bangladesh.