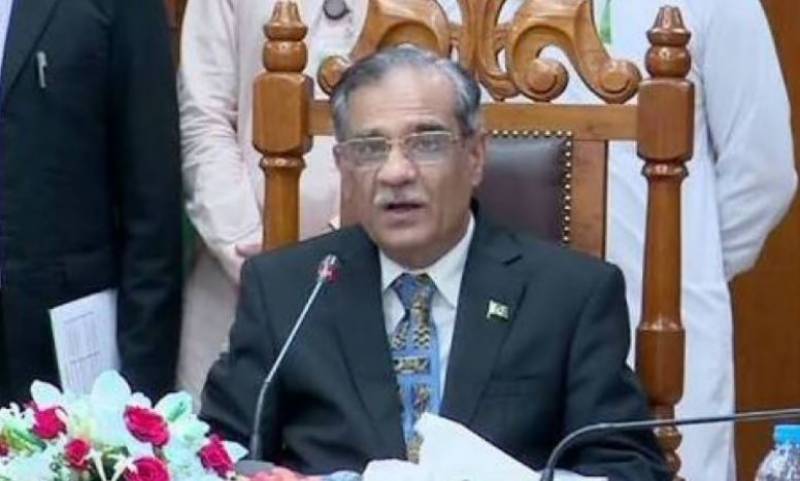 Addressing the full court reference, outgoing CJP Nisar said, “We took notice of water scarcity in the country and the whole nation donated to resolve the issue," he added. "Another issue that the court raised was that of the rapid increase in population.”

"[Judiciary] worked for the rights of the downtrodden, granted overseas Pakistanis the right to vote and gave every person the right to live with dignity. Court also took notice of private hospital charges, issuance of national identity cards by National Database and Registration Authority (NADRA) to transgenders.

Addressing the full court reference, chief justice-designate Justice Asif Saeed Khosa said that he had been working alongside Justice Nisar for 20 years but will now have to part ways as per the law.

He said that the outgoing chief justice had faced many constitutional, societal and political challenges during his tenure and headed the judiciary in "very difficult circumstances".

Justice Nisar's services for humanitarian causes will be remembered, he added. He said the top court will only use its authority to take suo motu action as a last resort.

The ceremony was attended by all Supreme Court judges — with the exception of Justice Mansoor Ali Shah — as well as Attorney General of Pakistan (AGP) Anwar Mansoor, Vice Chairman of Pakistan Bar Council (PBC) Kamran Murtaza, retired senior judges as well as senior journalists, among others. Justice Nisar's family is also in attendance.