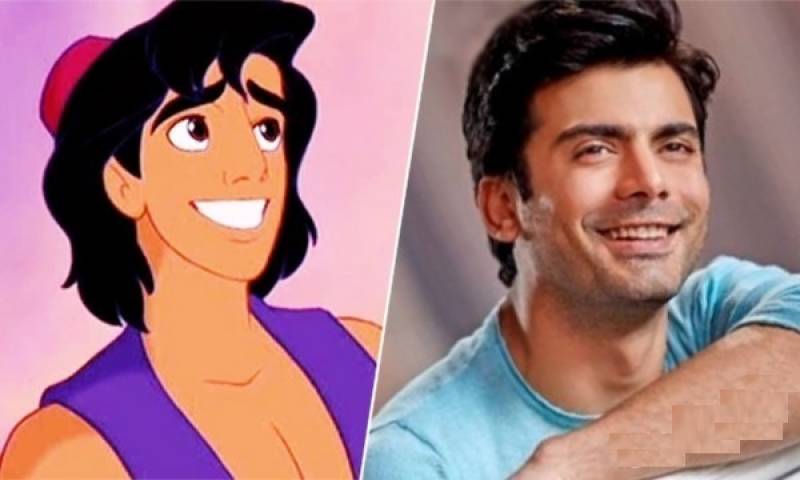 Lahore (Web Desk): Currently, amid the search for Disney’s new Aladdin the directors are facing difficulty to select the best match for the main character of Aladdin. According to details, the Aladdin team wants the cast which are conventionally genetic to make it appealing. In this perspective many ‘White’actors has been experiencing disapprovals to play characters that were ethnic such as Matt Damon in Great Wall of China. Aladdin team definitely forgot that Pakistan has some of the greatest personalities of the world even one of the dapper stars has already played the role of a dreamy prince too. Currently excitement overflowed the social media where Fawad Khan is the perfect choice being an amazing actor, dancer, and a singer at the same time. Disney: We need to find someone to play Aladdin.

Guys why don't we make it trending ? So tht Hollywood takes Fawad as Aladdin ? Pls I desperately want it to happen !! #FawadKhan #Aladdin pic.twitter.com/vb8XnKTz5H 'ECP should decide foreign funding cases of all parties ...