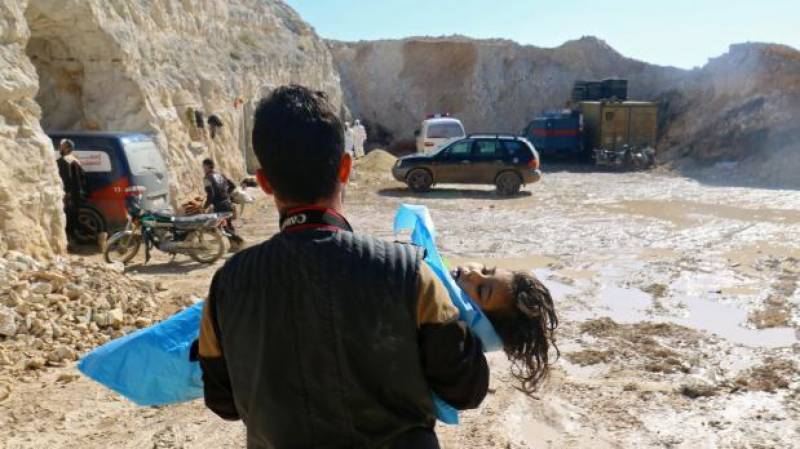 Brussels (Reuters): The European Union imposed sanctions on 16 Syrian scientists and military officials on Monday for their suspected involvement in a chemical attack in northern Syria in April which killed scores of civilians.

Western intelligence agencies accuse the government of Bashar al-Assad of carrying out the attack, arguing that rebels in the area would not have had the capabilities. The international chemical weapons watchdog said in June the nerve agent sarin was used.

The measures, agreed upon by EU foreign ministers at a meeting in Brussels, target eight Syrian scientists and eight top military officials.

Britain's Foreign Secretary Boris Johnson said they showed Europe's resolve "in dealing with those who are responsible for chemical weapons attacks."

This takes the number of people placed under EU sanctions related to the Syrian conflict to 255, the Council of EU governments in a statement. Existing EU sanctions are also in place on 67 companies linked to Assad's government.

Washington issued sanctions in the same month of the attack in the town of Khan Sheikhoun in Idlib province, placing restrictions on hundreds of employees and scientists at a Syrian government agency believed to have developed chemical weapons

Syria joined a chemicals weapons convention in 2013 under a Russian-U.S. agreement, averting military intervention under then US President Barack Obama.

While the European Union has no military role in the conflict, it is the biggest aid donor and has said it will not help rebuild Syria until a peace process involving a transition away from Assad's government is underway.

But the 28-member bloc's position on Syria is in flux after France's new President Emmanuel Macron broke with the previous French government position by saying he saw no legitimate successor to Assad and no longer considered his departure a pre-condition to resolving the war.