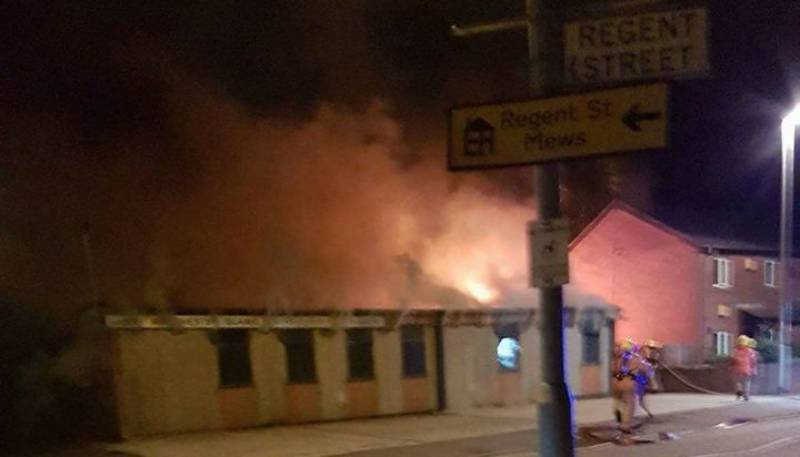 Police and fire brigade authorities were investigating the attack. An official of Greater Manchester Police said the fire was being treated as suspicious.

A spokesperson of the affected mosque has been quoted as saying that they received a call at night saying the centre the being attacked. The official added there was no one inside the centre at the time.

The emergency services were called around 11:40pm. Around 30 firefighters worked to put the inferno out.

Greater Manchester Fire Rescue Service confirmed they were called around 11:40pm to Droylsden Road where the centre is situated.

The images taken by witnesses show flames coming from the roof of the building, lighting up the sky and surrounding houses.