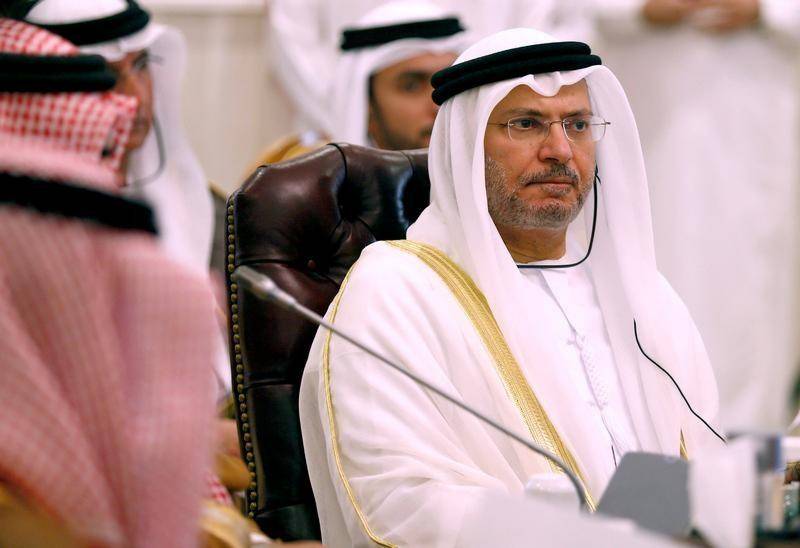 London (Reuters): A senior United Arab Emirates (UAE) official said international monitoring was needed in the standoff between Qatar and its Arab neighbors, adding he saw signs that the pressure exerted on Doha "was working".

Anwar Gargash, UAE Minister of State for Foreign Affairs said in prepared remarks he was scheduled to deliver on Monday in London, "We need a regional solution and international monitoring."

He said, giving no further detail on the proposed monitoring "We need to be certain that Qatar, a state with $300 billion in reserves, is no longer an official or unofficial sponsor of jihadist and terrorist causes."

Gargash said the memorandum of understanding signed by the United States and Qatar on Tuesday on the financing of terrorism was a positive development.

Washington and Doha signed the agreement as U.S. Secretary of State Rex Tillerson visited Qatar on a three-day tour of Gulf-Arab countries to try to end a month-long rift between Western-allied Arab states.

Still, the four Arab powers have said the memorandum fell short of allaying their concerns that their sanctions would remain in place until Doha meets their demands and that they would keep a close eye on Qatar's efforts to fight terrorism funding.

"We do see signs now, however, that our pressure is working," Gargash said. "We are ready for this process to take a long time."