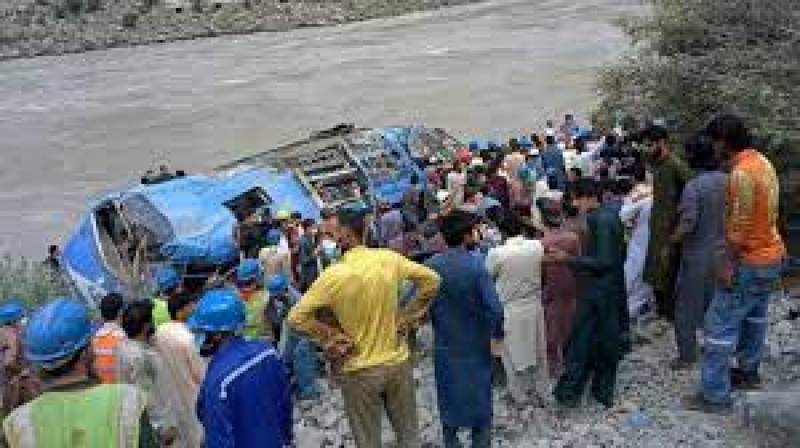 Kohistan (Web Desk): The Chinese firm working on the Dasu Hydropower Project has stopped work on the site by firing Pakistani workers.

As per the reports, the China Gezhouba Group Company (CGGC) has intimated through a letter that it cannot continue operations on the project.

The CGGC stated that the laid off Pakistani employees will be paid salary and gratuity as per their contract.

Dasu dam project director Anwar-ul-Haq confirmed receiving the company's letter and said that it will restart work as soon as the security situation improves.

Meanwhile, Interior Minister Sheikh Rashid on Saturday said that the perpetrators of Dasu Bus incident will be exposed and brought to justice.

Addressing a news conference in Islamabad, the minister said that investigation into the incident has reached final stage.

“The highest security institutions of the country are carrying out the investigation and 15-member Chinese team is also involved in the process,” he said, adding that the relevant institutions have also been directed to make the security of Chinese people and projects more effective.

“Pakistan is proud of its all-weather friendship with China which is higher than the Himalayas,” Sheikh Rashid said.

On July 14, thirteen people, including nine Chinese nationals and four Pakistanis were killed and 28 others were injured when a coach carrying them to a construction of site of Dasu hydropower project fell into a ravine in the Upper Kohistan area after an explosion.

Although the Foreign Office had initially termed the incident an accident, the government later said traces of explosives had been found.