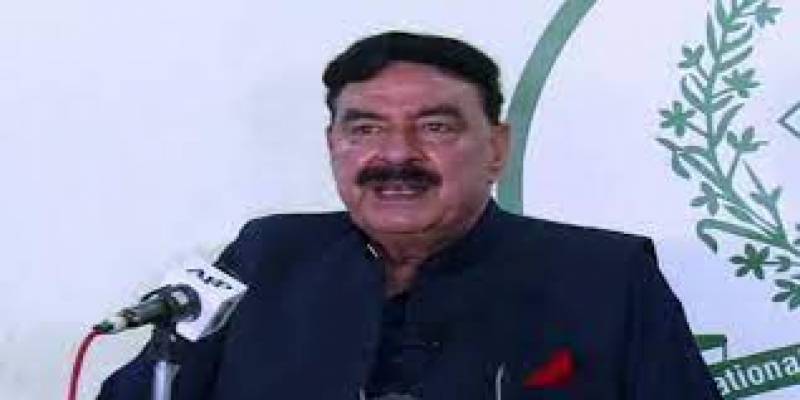 Islamabad (Web Desk): Interior Minister Sheikh Rashid on Saturday said that the perpetrators of Dasu Bus incident will be exposed and brought to justice.

Addressing a news conference in Islamabad, the minister said that investigation into the incident has reached final stage.

“The highest security institutions of the country are carrying out the investigation and 15-member Chinese team is also involved in the process,” he said, adding that the relevant institutions have also been directed to make the security of Chinese people and projects more effective.

The interior minister said that the sordid designs of those elements which are against the China Pakistan Economic Corridor (CPEC) and Pak-China friendship will be foiled.

Sheikh Rashid said during telephonic conversation with his Chinese counterpart, he briefed him about the progress made so far into the bus incident investigation.

He said we also shared condolences over the death of thirteen people including nine Chinese in the incident.

“Pakistan is proud of its all-weather friendship with China which is higher than the Himalayas,” Sheikh Rashid said.

On July 14, thirteen people, including nine Chinese nationals and four Pakistanis were killed and 28 others were injured when a coach carrying them to a construction of site of Dasu hydropower project fell into a ravine in the Upper Kohistan area after an explosion.

Although the Foreign Office had initially termed the incident an accident, the government later said traces of explosives had been found.

In a tweet, Information and Broadcasting Minister Fawad Chaudhry said, “Initial investigations into the Dasu incident have now confirmed traces of explosives. Terrorism cannot be ruled out; PM is personally supervising all developments in this regard. The govt is in close coordination with the Chinese embassy. We are committed to fighting the menace of terrorism together.”