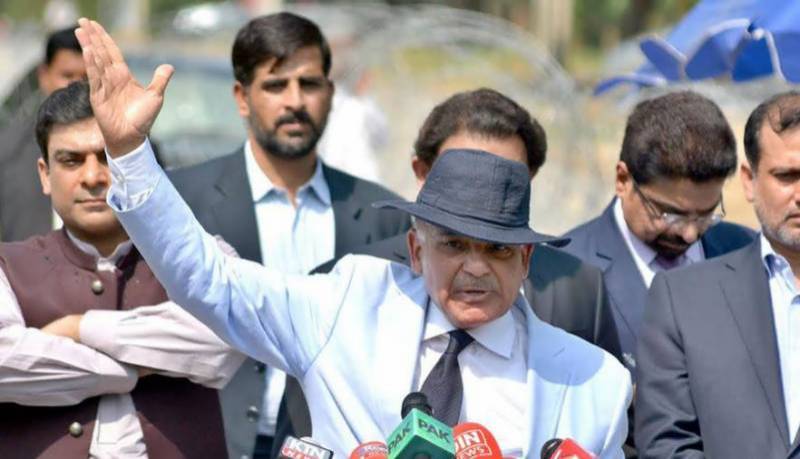 Islamabad (Staff Report): Punjab Chief Minister Shehbaz Sharif said on Saturday that this was not the first time the Sharif family was being held accountable, adding that Panama Leaks case was aimed at subverting the Sharif family’s name and honor just like the attempts made by others in the past.

The CM Punjab said while talking to the media outside the Federal Judicial Academy after his scheduled appearance that he had been summoned by the JIT to appear before them 'as someone acquainted with the facts of Panama case.

CM Shehbaz appeared before the Panama case Joint Investigation Team (JIT) on Saturday. Shehbaz Sharif is the fourth member of the Sharif family to appear before the JIT.

CM Shehbaz also said, "Today perhaps this is for the first time in history that a chief minister has appeared before JIT."

The Punjab chief minister stressed before the media, “I also have a history of back pain but did not use that as an excuse. I did not go and get admitted in Rawalpindi Medical Institute nor did I go to London. The apex court constituted the committee and I presented my stance before them."

The Punjab chief minister maintained that by appearing before the JIT, he and Prime Minister Nawaz Sharif proved that they respect the judiciary.