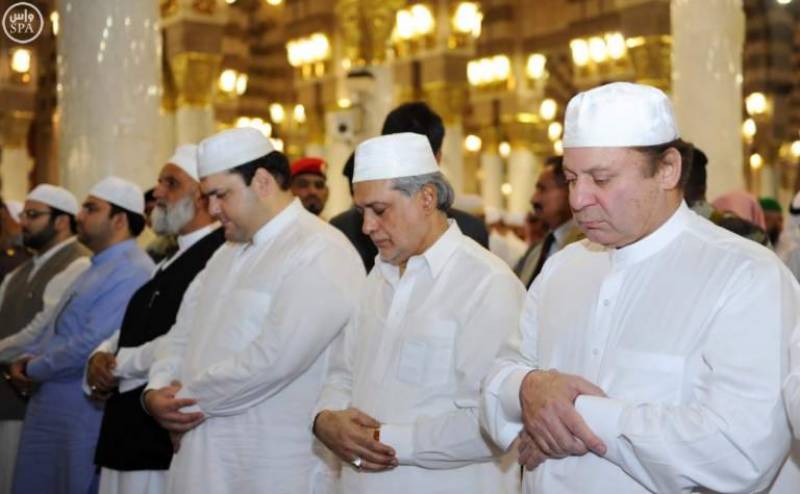 Islamabad (Staff Report): Prime Minister Nawaz Sharif on Sunday left for Saudi Arabia to perform Umrah and to spend the last Ashra (10) days of Ramazan in the kingdom.

The premier will leave for London for medical checkup in the backdrop of his open heart surgery performed last year after concluding Saudi Arabia tour.

He is expected to return home on June 30.

Sharif family usually spends the last ten days of holy month in Saudi Arabia and current tour is also of a private nature.

Analysts say Pakistan has been walking a diplomatic tightrope, given its close ties to Saudi Arabia, the UAE and Qatar itself - all members of the Gulf Cooperation Council (GCC).