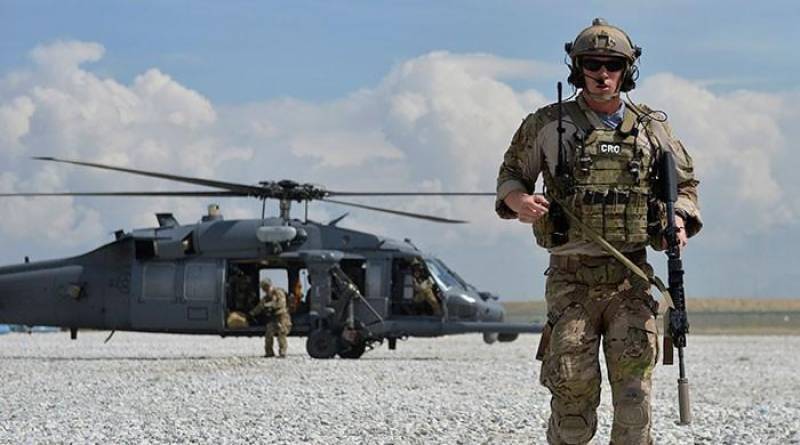 Mazar-i-Sharif, Afghanistan (Reuters): At least one Afghan was killed while seven American soldiers were injured in an "insider attack" at a base in northern Afghanistan on Saturday, a U.S. military official said.

A spokesman for the U.S. military command in Kabul said earlier comments by an Afghan official that Americans had been killed were incorrect.

But he confirmed that seven soldiers had been evacuated after being injured in the incident at Camp Shaheen, the headquarters of the Afghan army's 209th Corps in the northern city of Mazar-i-Sharif.

At least one Afghan soldier was killed and another wounded, the U.S. official said. He could not immediately say if the suspected shooter was among the dead or wounded.

Abdul Qahar Araam, spokesman for the Afghan army's 209th Corps, announced earlier that an Afghan soldier had shot and killed four U.S. soldiers inside the base.

Taliban spokesman Zabihullah Mujahid said in a statement that an Afghan commando loyal to the militant group had opened fire on foreign "invaders", killing four and wounding four others.

The German military heads the multinational advising mission based in Mazar-i-Sharif. A spokeswoman for the German forces at the joint missions command in Potsdam said: "According to what we know right now, no Germans were affected."

Three U.S. soldiers were killed and a fourth wounded on June 11 when an Afghan soldier opened fire on them at a base in eastern Afghanistan's Nangarhar province.

In April, scores of Afghan soldiers were killed when militants breached security at Camp Shaheen, detonating explosives and shooting hundreds at a mosque and dining hall on the base. The attackers were disguised in Afghan army uniforms.