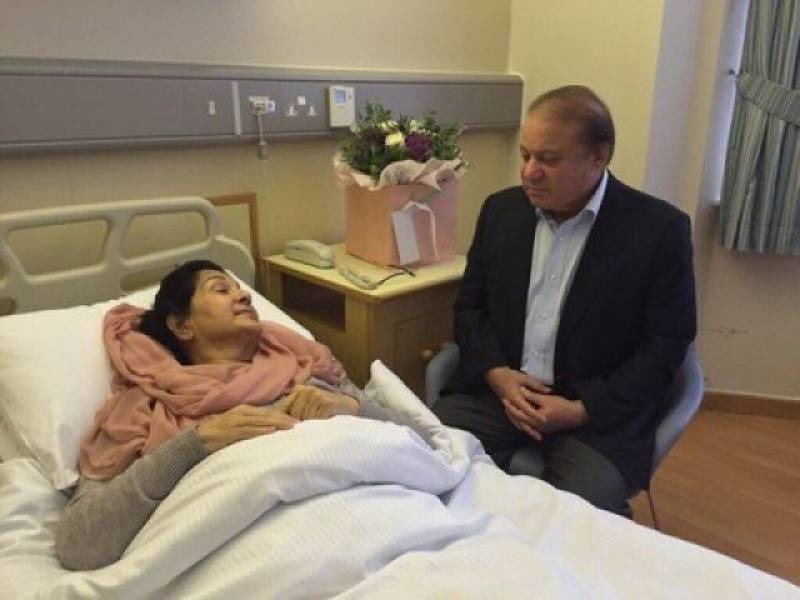 According to report, after doctors’ recommendation Nawaz and Maryam decided to stay with Begum Kulsoom Nawaz until her health improve. Nawaz Sharif’s wife is still on ventilator and tomorrow doctors will decide whether to take Kulsoom off ventilator or not.

Yesterday Pakistan Muslim League Nawaz (PML-N) President Shahbaz Sharif reached Harley Street Clinic to inquire after the health of Begum Kulsoom Nawaz. While talking to media he requested nation to remember his sister-in-law in their prayers.